Making space for patents in space 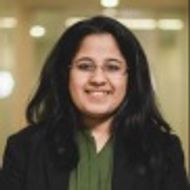 “That’s one small step for a man, one giant leap for mankind”, Neil Armstrong said as he set foot on the moon – an action that until then had seemed inconceivable to humankind. Over five decades and multiple landings later, the moon no longer seems so far away. With countries all over the globe entering the race for space, trade acquisition has led to a need to protect space inventions and work towards harmonising space law with IP rights. Establishing IP rights for space inventions will facilitate the creation of rights outside conventional territorial boundaries and protection will afford the owner of the invention the right to pursue legal recourse in the event that the creation is commercially exploited in space. However, the legislation surrounding this was laid down during the Cold War, when space was limited to so-called ‘excursion activities’ for countries, with no intervention from private organisations. With global privatisation, space has become astonishingly accessible to entities aiming to create and innovate.

In September 2019, when Chandrayaan-2 – India’s extremely ambitious mission to the moon suffered a tragic crash – several experts believed that this would deter the country’s growing prominence in the world space arena. However, in May 2020, the Indian Space Research Organisation (ISRO) startled the world community when it announced a patent for a unique method of manufacturing a simulant of highland lunar soil. This simulant is made in bulk from similar rock samples from Sittampundi Anorthosite Complex, almost 67km from Salem, Tamil Nadu. A major aspect of the method patent attained by ISRO – as stated in its patent specification – is that it is cost-effective, reproducible and highly scalable. It is similar to regolith (loose unconsolidated rock and dust that sits on top of bedrock) from the lunar highland region and can be used to control the mobility of a rover for scientific exploration and in the study of the geo-technical and mechanical properties of lunar soil. The patented invention promises to be an extremely effective training stimulus for future missions on the moon’s surface.

The dark areas on the moon’s surface, called Maria or Mare, are mostly flat, while the highlands are mountainous and craterous and take up 83% of the lunar surface. ISRO's patent application claims that most countries have produced simulants that represent the lunar mare region, yet only a limited number of simulants represent the fragmental regolith on the moon surface.

The moon’s treacherous topography has proved devastating to several rover missions, including Chandrayan-2. The replication of lunar soil in a controlled environment will enable organisations to:

Since 1973, ISRO has filed several applications before the Indian Patent Office. The database available on the ISRO website as of today, boasts of over 270 patents in the IP portfolio of the Indian Space agency. With inventions ranging from phenolic resins’to mechatronic test rig for actuators, the agency is known for its diverse and idiosyncratic patents.  With the latest entry to the patent collection secured by India’s leading space agency, the country has set itself up to become a leading inventor in astronautics, satellite communications and satellite earth observation.

While the creation of space inventions is becoming more common, the incompatibility of space and IP rights has led to many difficulties when it comes to enforcing them. The monopolistic nature of patent rights tends to clash with the fundamental principles of space law, (eg, ‘province of all mankind’, ‘common heritage of mankind’ and benefit of all countries’), which represent the idea of shared benefits. Other issues –  including the detection of extra-territorial patent infringement, the rights of the launching state and creating state and the extent of ownership accorded to private entities – make the effective harmonisation of space inventions under the patent regime even more complex.

As India once again prepares to set foot on the moon with Chandrayan-3, the lunar soil patent serves as a promising prospect for future missions to ensure soft landing on the highland region. With the advancement of global alliances, maximum ownership over space inventions will give countries an edge in their attempt to control outer space.