Will the public suffer? Let’s stay! 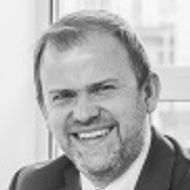 The recent UK Court of Appeal decision in Adaptive Spectrum and Signal Alignment Inc v British Telecommunications Plc shows that the UK courts are prepared to impose injunctions on big telecoms operators, but that in doing so consideration may well be given to the effect that an injunction will have on the public.

In a typical DSL system, communication between an end user and an internet service provider is carried out between a modem located at the end user's home or premises and a modem located in a street cabinet or telephone exchange. The two modems must use a common protocol with commonly defined parameters to communicate. It is these parameters that the RAMBo – and the methods of ASSIA's patents – dynamically manages.

High Court and Court of Appeal decisions
In the High Court, Justice Birss found the '495 patent valid, but not infringed by any of BT's systems, and the '790 patent both valid and infringed by the RAMBo in BT's next-generation access (NGA) system. NGA is the name given to BT's fibre-optic broadband offerings, covering both retail and wholesale services. Both parties appealed.

On appeal, the court confirmed that the '790 patent was both valid and infringed, but found that the '495 patent was in fact also infringed by the NGA RAMBo. As the parties were unable to agree on a final order, the Court of Appeal provided judgment on its terms.

Decision on final order
Post-appeal, BT faced the possibility of a new injunction as a result of the substituted finding of infringement of the '495 patent. The infringing RAMBo devices are located in each of the telephone exchanges that have been upgraded to provide BT's NGA services, and are used to provide service to every end user of both BT's own fibre-optic NGA broadband offerings and re-sold BT Wholesale services. Clearly, this is a large number of infringing devices, a large portion of BT's UK-based customers and revenue and a large part of the United Kingdom's internet-using public.

BT sought a stay of the injunction on the '495 patent to enable it to make alterations to its systems to render them non-infringing. In the judgment on the final order, Lord Justice Floyd commented that in the absence of a pending appeal to the Supreme Court (permission for which had been refused by the Court of Appeal), an injunction would normally be granted. However, the court was "narrowly persuaded" that since ASSIA's business lay primarily in licensing its inventions, and given its interest primarily in a financial remedy, no lasting harm would be inflicted on ASSIA if BT were granted a stay. This was coupled with the potential adverse effect on end users of BT's NGA system, with the judge commenting that: "given BT's large market share, the public would suffer if an injunction were granted disrupting or reducing the quality of the BT service."

As a condition of the stay, BT was required to pay £250,000 (10% of its estimated weekly revenue from its NGA products) for each week of the stay as an interim payment on account of damages. This was to be repaid to the extent that the amount paid by BT exceeded the damages awarded overall in a subsequent enquiry as to damages.

The judge also stated that the court would normally order delivery up of the infringing articles, but in the case at hand was willing to grant the "less extreme" remedy of an order to render the products and systems non-infringing. Therefore, BT was required to provide an explanation of the steps that it had taken to render its systems non-infringing as a condition of the stay.

BT also requested a cross-undertaking in damages in relation to the final injunction in view of ongoing proceedings before the European Patent Office (EPO) in respect of the ‘495 patent. The court rejected BT's request, stating that a cross-undertaking is appropriate to take account of the possibility that an earlier judgment is wrong; however, revocation or amendment of the ‘495 patent by the EPO would not show the judgment of the Court of Appeal to be wrong. Any such subsequent revocation or amendment would render the injunction ineffective from the date of revocation or amendment, not ab initio; there would be no reason for ASSIA to pay for any harm to BT in the period when the injunction was rightly granted.

Finally, while BT did not apply for a stay of the UK proceedings pending the outcome of the EPO proceedings, the court commented that had it done so, it was more or less inevitable (following IPCom v Nokia [2014] RPC 12) that as a price of resisting the stay, ASSIA would have been required to undertake to repay, in the event of revocation or amendment by the EPO, any financial relief subsequently obtained in the UK proceedings. The court therefore ordered that ASSIA give such an undertaking, while indicating that a stay pending the outcome of EPO proceedings would be refused on the basis of this undertaking.

Comment
In this judgment the Court of Appeal has demonstrated a willingness to impose an injunction on a large telecoms operator. However, in the event that the infringed patent belongs to a business primarily interested in licensing its inventions rather than selling its own products, and where immediate imposition of the injunction is likely to cause the public to suffer, a stay of the injunction to provide time to render the offending articles non-infringing may well be granted.