Last week, we covered the new deal forged between WiLAN and TSMC, which the former described as a seven-year “intellectual property framework agreement” which has elements of an annual subscription. At the time, specifics about exactly what that means were thin on the ground. We reached out to Michael Vladescu, Chief Operating Officer of WiLAN, who has explained several key elements of the deal in finer detail for the benefit of IAM readers.

IAM: A press release described this as a “new type of transaction for WiLAN”. What is novel about the deal structure?

MV: The deal is unique since it sets up a strategic and comprehensive collaboration between the companies which grants rights to existing patents in a technology sub-category-semiconductor process technology. It also establishes a framework for granting licence and assignment rights to certain patents in future portfolios acquired by WiLAN and selected by TSMC, all subject to a predetermined financial mode – annual subscription fee and potential future supplementary payments. In the past, WiLAN has granted rights to existing and in some cases future acquired patents all based on agreed-upon fixed payments payable in one up-front payment or over the term of an agreement. This is the first agreement that has an annual subscription type structure combined with possible future payments based on future acquired portfolios.

IAM: In what way is the deal ‘collaborative’?

MV: The parties view the transaction as collaborative since there is some common understanding of future portfolios that may be of interest to both WiLAN and TSMC. Both the subscription fee and any future supplementary payments payable by TSMC are subject to certain goals/criteria jointly set by WiLAN and TSMC that WiLAN is aiming to achieve for to the benefit of both parties. The annual subscription is based on a base amount that is evaluated each year based on certain criteria and adjusted accordingly within a predetermined range.

IAM: Does the need for a collaborative framework result from the challenging licensing market?

MV: We are always looking for new and creative ways of building value in the intellectual property market for our shareholders as well as other market participants. This transaction is an example of a new path that we have created: a collaboration with TSMC, an existing licensee and leader in the development of semiconductor process technologies. In tandem, however, we remain committed to enforcing our intellectual property rights (either internally developed patents or patents acquired from third party licensing partners) against companies who are unwilling to work with us to address licensing disputes through good faith technical and business discussions in a reasonable and timely manner. We believe that the licensing market, when looked at globally, continues to offer excellent investment opportunities for organisations that are knowledgeable and properly equipped to handle the many technical, legal and business factors that need to be properly addresses in order to generate high quality returns from transactions in the intellectual property space. WiLAN has an extensive track record in this regard and remains uniquely positioned to act as a beacon for companies that seek a constructive and collaborative process towards addressing intellectual property matters.

IAM: Does WiLAN plan to add new patent assets in the semiconductor space over the next few years? Will a similar licensing model be made available to other potential licensees?

MV: WiLAN plans to add new portfolios in many areas of technology including but not limited to semiconductor process technologies. We are open to offering similar structure to other existing licensees, and especially ones that are open to partnering with us by offering us high quality patents to license to third parties.

Vladescu’s remarks clarify just how the pair wish to collaborate on existing and prospective semiconductor process portfolios. TSMC, which up to this point has mainly been a defensive patent player, has not executed many third-party patent acquisitions. But it sure sounds like there are portfolios on the market that TSMC has a keen interest in acquiring the rights to without itself buying them outright. The company has probably decided that it is more cost effective to take a licence than buying assets outright - it's less time-consuming and involves far fewer internal human resources, as well as a lower financial outlay; and when your purpose is solely defensive, what is not to like about that? At the same time, WiLAN can acquire portfolios for which it knows there is already one important licensee in the bag.

WiLAN is clearly still interested in pursuing another type of hybrid deal which it has already pioneered in Asia. That is, monetising key patent portfolios on behalf of existing licensees. Its recent patent acquisition from Panasonic is a case in point, the latest in a relatively long relationship. Growth prospects in Asia might rely on its ability to attract new clients from among the region’s big tech corporates to entrust it with similar monetisation opportunities. 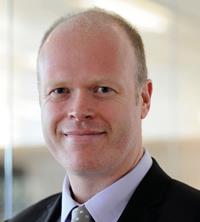