Yesterday’s news that WiLAN will purchase an Internet of Things (IoT) business as it looks to diversify away from patent licensing represented another nail in the coffin of the NPE sector as we know it.

WiLAN is acquiring International Road Dynamics, an Industrial IoT business, for $47.7 million and following that deal will change its name to Quarterhill. WiLAN will then become the patent licensing subsidiary of the new business, responsible for monetising the more than 10,000 patent assets that the Canadian NPE has built up in the US alone. The company is not jettisoning patent licensing completely but in an interview this morning CEO Jim Skippen made clear that the business is no longer convinced that investing in patent deals is the right approach. “We will look at patent acquisitions but more and more we’re not sure that investing significant amounts of capital in patents really makes sense for us,” he said.

In many of its recent patent transactions WiLAN has not been handing over large amounts of cash upfront, opting instead for privateering type deals where the seller receives a portion of any revenues that the NPE generates from monetising the assets. In the last couple of years, WiLAN has enjoyed considerable success with this approach and has announced deals with the likes of Panasonic, Kodak, Funai and Freescale Semiconductors.

In many ways that recent success makes yesterday’s news perhaps even more surprising. But, as Skippen made clear, the climate for patent licensing today means that conditions are very tough for any public IP business.

“We have consistently generated positive cashflow, but we’ve still come to the conclusion as a standalone business it’s just not the right business for a public company,” he commented. “In a public company of our size you really need a growth story and we weren’t convinced that there was a growth story anymore. If we had the patent portfolio we do now 15 years ago I think we’d have been a multi-billion dollar company, but in the current environment we just think it has become too difficult.” The news does not mean that the new company is abandoning licensing and it remains open to privateering deals with operating companies, but the main focus will be more on maintaining the IP business rather than on growing it.

Yesterday’s announcement also revealed a significant change in management. Having led the company since 2006 Skippen is becoming executive chairman with current CFO Shaun McEwan taking over as interim CEO while the business looks for a permanent head. Skippen will remain actively involved on the patent licensing side, but the firm will also look to recruit a new head for what is becoming the WiLAN subsidiary.

“I’d expect that I would continue as chairman of the whole business but whether it’s a role that ends up being a non-executive chairman of the board or I continue to stay actively involved, I’m not positive about that,” Skippen said. “It really depends on how I feel and whether I’m offering value to the company.”

Skippen originally announced that he was stepping down in June 2015 only to reverse that decision later the same year as the business struggled to find a replacement and unveiled a new growth strategy. “I said at the time I’d stick around but I don’t see myself doing this more than three years,” he remarked. “I’ve spent my career as a lawyer and running patent licensing businesses and I’ve got a lot of expertise in that. The expertise to do what Quarterhill is doing, which is really about capital allocation, is a slightly different expertise and I think for myself, I’ve been CEO of this company for 11 years, I’ve had a busy career before that and I’m ready to throttle back a little bit.”

As one of the market’s largest NPEs undertakes a major restructuring, I asked Skippen what he thought WiLAN’s news said about the future of patent licensing. “As long there is a patent system there will be a role for patent licensing companies, but the environment has really changed. You can have really good patents and lose on them — in a way it’s not always a fair system and that makes it hard to invest in assets or really rely on the business indefinitely.”

@IAM_magazine Given the year they are having - and to paraphrase former British PM Harold Macmillan - SEP owners may never have h… https://t.co/XgswU1hEuq Read more

@IAM_magazine RT @AaricE: I've written on the same subject but not with the rigor @msabatti brings. His is a just devastating critique of this problem. A… Read more

@IAM_magazine If any patent can be invalidated under multiple challenges then we have to ask what that is doing to the US innovat… https://t.co/sG7jjlEJfQ Read more 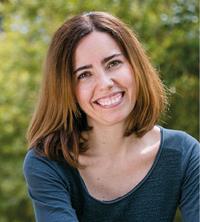