Use evidence requirements in revocation of trademark applications 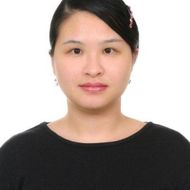 Thus, to comply with the Supreme Administrative Court's ruling, TIPO changed its examination process for revocation applications. The new process uses TIPO’s numeric subclassifications. In general, where the goods subject to a revocation application fall into a subclass having a four-digit class heading group and use evidence is submitted for any of the goods belonging to the subclass, all of the other goods identified that belong to the same four-digit subclass will be deemed to have likely been used. However, this determination is not absolute and actual use situations may still be examined if specific goods are contested. If the nature of certain goods is similar to the goods in the four-digit subclass for which use evidence is submitted, the target mark will be deemed to have been used for certain goods for which use evidence cannot be submitted. However, until now this situation has remained ambiguous.

Recent decision
The IP Court recently issued a judgment holding that in a revocation application, a registrant must submit use evidence for each identified good. However, it stated that if other goods are of the same nature and use evidence is submitted for these goods, it can be held that the target mark has been used on all of the goods with a similar or identical nature. Thus, the 'identical nature' standard can refer to the classification group information as published by TIPO. In addition to four-digit subclasses, TIPO also uses six-digit subclasses. Goods belonging in a particular six-digit subclass are deemed to be goods of a similar or identical nature. Thus, a determination of whether certain goods have the same nature can be based on whether the relevant goods belong to the same six-digit subclass.

As such, if a trademark is registered for “shampoo, soap, lotion” and the registrant in a revocation application submits use evidence for soap only to prove actual use, shampoo can also be covered by the use evidence because shampoo and soap fall into the same six-digit subclass (030104). However, the registration for the target mark will be revoked for lotion because lotion belongs to a different six-digit subclass (030101), and thus the use evidence for soap cannot cover lotion.