US patent litigation falls to levels not seen since 2011

The number of patent litigation cases in the US dropped dramatically in the first three months of this year, reaching levels not seen since 2011 – the year when the America Invents Act was signed into law. A total of 947 new patent lawsuits were filed between January and March, according to data from Unified Patents, down from 1,554 in the fourth quarter of 2015. That is the lowest number since the third quarter of 2011 when 924 new cases were filed.

One of the main changes brought about by the AIA was the joinder rules which have led to more cases being filed individually than before the legislation was introduced. That has helped to fuel a significant rise in patent litigation in the US and has been used to bolster calls for further legislative reform. But these latest numbers mean that litigation volume is now much closer to levels last seen before the AIA came into effect.  Although they cover just three months, the size of the fall is sure to give all sides pause for thought about just what really needs to be changed in the US patent system.

Here’s how the first quarter compares with the quietest over the last five years (Unified’s data only goes back as far as 2014 so we have used Lex Machina’s numbers from 2011). Given the effect of the AIA’s joinder rules, on a like-for-like basis litigation activity in the first quarter was most likely even lower than some of the quarters below.

Unified’s numbers also include details of the busiest venues. Notably, the Patent Trial and Appeal Board (PTAB) has for the first time taken the top spot with 461 new cases, far ahead of the Eastern District of Texas which had 288 lawsuits filed. That is a massive drop for what is widely seen as the most plaintiff friendly district court in the US. Over the course of last year 2,536 new cases were filed in East Texas, which accounted for 44% of all new patent suits.

But what do these latest numbers tell us about future litigation trends? Well, it would not be surprising if levels continue to remain low in the next quarter and possibly the one after that. Conditions are generally accepted to be very tough for patent owners looking to bring infringement suits.

Last December further changes tilted things further in favour of defendants when pleading standards in patent cases were brought into line with other areas of the law. That change caused a massive spike in new lawsuits in November as plaintiffs rushed to file cases under the old standards. Litigation volumes then dropped dramatically in December and it seems likely that those changes also impacted new lawsuits for the first quarter of 2016.

It’s worth pointing out that we’ve seen sharp falls before that have prompted predictions (from this blog and others) about a sustained drop in patent litigation. In the second half of 2014 new case filings fell as patent owners came to grips with the Supreme Court’s decision in Alice and the threat of broad-based patent reform, such as the Innovation Act, passing Congress seemed very real. Those twin forces led new cases in 2014 to drop well below 2013’s peak before volume picked up again in 2015.

Although the environment remains tough for anyone who is considering bringing a patent suit, changes in case law could conceivably prompt litigation levels to head north again. If, for instance, the Supreme Court rules in the upcoming Cuozzo case that the PTAB should not be using the broadest reasonable interpretation standard when it analyses claims in post-issuance review, then that could give patent owners greater confidence to assert as they may be less concerned that they will see their IP knocked out in a review.

So while the trends lines are pointing down, recent history has shown that it can take just a few developments in the macro environment for lawsuit volumes to rise again. 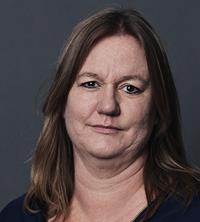