The University of California’s (UC’s) recent US Federal Circuit loss in its CRISPR-Cas9 patent dispute with the Broad Institute may be an even greater setback than has been thought.

Many commentators have assumed that the UC will now be granted its patent application covering use of the gene-editing technology in all cell types, giving it overlapping rights with the Broad Institute for uses in plant, animal and human cells. But a prominent CRISPR patent expert has told IAM that, in fact, it is likely to be left with far narrower rights, limited to uses in bacterial cells, following recent developments in the space. This will have significant implications for those seeking to commercialise CRISPR, he contends, and highlights the risks of delaying patent prosecution to pursue interference proceedings.

The Federal Circuit’s September decision, announced 10th September, upheld the US Patent Trial and Appeal Board’s (PTAB’s) 2017 finding that the Broad Institute’s patent for the use of CRISPR-Cas9 in eukaryotic (human, plant and animal) cells does not interfere with UC’s earlier-filed (but still ungranted) application for use of the gene-editing technology in any cell type (though its research was confined to prokaryotic or bacterial cells). The PTAB rejected the Californian entity’s arguments that its rival’s claimed invention was obvious in the light of its own invention, ruling that that the Massachusetts institute’s asset covers a species claim, separately patentable from UC’s genus claim to the use of CRISPR-Cas9 in any environment.

Jacob S Sherkow, a New York Law School professor who has emerged in recent years as a pre-eminent thought-leader on CRISPR patent issues, wrote about the likely prospects for the CRISPR IP landscape following the decision in his recent his article – The CRISPR-Cas9 Patent Appeal: Where Do We Go From Here? – which was published in the latest edition of The CRISPR Journal. Speaking to IAM, he claimed that UC’s patent application is now unlikely to be issued with claims to CRISPR-Cas9 use in all cell types. Instead it will be granted with only “incredibly narrow” claims limited to use in bacterial cells. This, he believes, highlights the danger of delaying prosecution in order to pursue interference proceedings. “Is there a strategic lesson to learn from this? Absolutely. Do not petition for interferences if you cannot handle losing them. Or: Live by the sword, die by the sword.”

The USPTO is likely to ‘reopen’ prosecution of the patent, Sherkow argues, and two obstacles now stand in the way of UC’s fundamental CRISPR-Cas9 claims: First, the PTAB’s own no interference-in-fact decision, which “said in no uncertain terms that UC did not sufficiently describe or enable eukaryotic work in its patent application”; and, second, Virginijus Šikšnys’s patent disclosing ribonucleic CRISPR-Cas9 gene-editing complexes, which issued during the interference dispute.

Sherkow explained that “UC’s patent’s claims, as they stand, cover all single guide RNA applications of Cas9, independent of cell system. I continue to believe, however, that the decision by the PTAB suggests that such claims are not in a position of allowance ... Šikšnys's patent has an earlier priority date to UC's. It claims all guide RNA (single or otherwise) using a ribonucleic protein Cas9 complex. In theory, UC's claims can't cover this exact iteration of the invention. If so, they would lack novelty.” As such, the UC’s application will likely be issued only with claims to the use of CRISPR-Cas9 in bacterial cells.

Sherkow’s view contrasts with that of many commentators (see here and here) who believe that – despite its failure to invalidate the Broad’s patent – UC will be granted far-reaching patent rights overlapping the Broad’s claims to the technology’s potentially lucrative use in human, plant and animal cells. In the famous words of UC scientist Jennifer Doudna after the initial PTAB ruling, that it will be granted a patent to “all tennis balls”, to go alongside the Massachusetts entity’s more specific rights to “green tennis balls”.

UC could have secured this if it had not pursued its challenge to the Broad patent, Sherkow commented. “(Its core patent application) would still face some serious validity concerns later concerning eukaryotic applications and the Šikšnys patent. But it is likely would have issued by now, maybe not covering “all tennis balls”, but in substantial part.”

The outcome Sherkow anticipates would be a huge blow to UC, which – though perhaps remaining a major player in CRISPR agricultural technologies – would lack fundamental rights to what are expected to be the technology’s most lucrative uses in the healthcare sector. Such an outcome would have consequences for those seeking licences to commercialise CRISPR-Cas9. Obtaining freedom to operate in the US could be more straightforward than otherwise would be the case, with only one entity rather than two holding fundamental rights in this area.

If Sherkow is correct, the major private CRISPR companies that have so far hitched their wagons to the UC – such as Intellia and CRISPR Therapeutics – now face the daunting prospect of striking a bargain with the Massachusetts entity. “And after the heat of the patent dispute…the Broad may well be obdurate,” Sherkow suggests. “Any license from the Broad to CRISPR Therapeutics or Intellia may seek to recoup (the costs incurred in litigation) or at least some fraction of them. It’s wholly unclear whether companies would be willing to do so.” 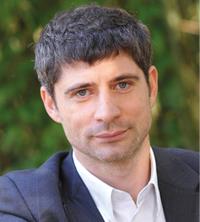