Speaking to IAM back in July, Transpacific’s CEO and founder Guy Proulx revealed that the company was exploring options for restructuring, including the possible sale or spin-out of different parts of the business. The need for change had in part been necessitated by market conditions in the United States which have impacted on the ability of patent holders – in this case, including both Transpacific and its clients – to generate revenue from filing, buying and monetising IP assets.

Following a number of big-name departures – including tech transfer expert Jasmine Kway and former Intel and Intellectual Ventures licensing executive Don Merino – rumours were beginning to circulate that the firm’s Taipei office, its largest in personnel terms, may be sold off. “Generally speaking, over the years we’ve been approached many times about possible acquisition of all, or parts, of the business, and that has happened even more frequently in the last couple of years,” Proulx told me at the time. “It’s my job to do the due diligence and determine which of those opportunities are best for the company.”

When I caught up with Proulx this week, he confirmed that the spin-out of FAITH had been completed, with Chang taking on the CEO role. “Transpacific’s service group was primarily located in Taipei, and that group was mainly doing patent prosecution, analytics, due diligence and transactional advisory work,” he explained. “We were finding ourselves focusing more and more on the actual asset management side, and it began to make sense to take that services group out of Transpacific. It needed someone to focus on it and make it the core part of their business.”

According to Proulx, Transpacific does not retain any ownership stake in FAITH, though the two entities will continue to work together on relevant projects. “The Taiwan team was always like the "central kitchen" for the Transpacific group in the past,” Chang told me earlier this week. “While we took payroll in the past, now we might have a service contract with them instead.”

Chang said that while much of FAITH’s workload will naturally be China and Taiwan-focused, the firm is also picking up business Japan, south Asia and the United States. He added that although FAITH will mainly be handling “portfolio development” and providing related consulting services for its clients – which will mostly be start-ups and pre-IPO companies seeking round B and C investment – its background means that it is positioned to deliver a unique offering for the Greater China region. “Our strength is in our experience of patent monetisation and transactions,” he said. “All the portfolios that we are helping clients with are developed with the mindset of enhancing monetisation value and success rates.”

Compared to many traditional patent prosecution firms operating in the region – which, in tandem with their Asian corporate clients, have historically pursued quantity over quality – FAITH will adopt a more strictly strategic approach, Chang intimated. “Oftentimes we are giving ‘not to file’ suggestions to our clients, which most of the prosecution firms here won't do,” he said. “We will say if we think patents are just too minor and too difficult to be monetised; moreover, in some scenarios, acquisition may be a much better option compared to self-filing. Portfolio budgeting and costings is also one of our key service areas; most of these developing companies have no idea about how to come up with a patent budget plan.”

At a time when so many Greater China businesses are looking to expand into foreign markets and are recognising how patents can help them achieve this, the arrival on the scene of a local IP strategy firm would appear to be pretty well timed. “Well, we didn't quite plan it this way,” Chang admitted. “After all, I have two small kids! My original career plan was to make a more aggressive move like this sometime after 2020. But when Guy ran the idea by me, and after my calculation considering the existing clients we had and the cost we might be able to carry, I realised that the spin-out would be economically reasonable.”

The other factor that convinced Chang to lead FAITH as a separate company is his view on unfolding trends and developments in the global patent marketplace. “In my opinion, I feel the US IP environment has already reached the bottom and is ready to go back up,” he said. “China will definitely be going up in the near future. So it is somewhat reasonable to enter the market now at the low point.” 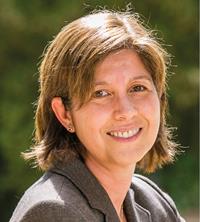