Two big transactions involving IP service provider businesses are on the horizon - and in both cases, the draw of the Asia-Pacific region's huge IP market potential looms large.

Thomson Reuters announced yesterday that it had entered into a definitive agreement to sell its IP & Science business for $3.55 billion in cash. The buyers are private equity funds affiliated with Canada’s Onex and Hong Kong-based Baring Private Equity Asia.

This blog reported last November on Thomson Reuters’ search for prospective buyers for its IP & Science services unit, which accounted for around $1 billion, or 8%, of its overall revenue in 2014. As I suggested at the time, it might not be too much of a surprise to see a buyer emerge from Asia; and the involvement of Baring – which also has offices in Beijing, Jakarta, Mumbai, Shanghai, Singapore and Tokyo – in the deal is clearly indicative of the growth potential it sees for IP and R&D-related services in the region. “We look forward to partnering with IP & Science management and Onex to support the development of the company globally, particularly in Asia where we see a differentiated growth opportunity,” Jean Eric Salata, Baring’s CEO, is quoted as saying in a press release. “Already an established leader in China and across the region, we believe the outlook for the business is underpinned by an increasing shift towards more knowledge-driven economies and a continued emphasis on research and development.”

In a second development yesterday, Australian service provider Qantm Intellectual Property kicked off final preparations for its stock market flotation with the distribution of pre-IPO reports to prospective investors, with brokers valuing the company at up to A$374 million ($284 million).

Qantm is a holding company which owns boutique IP law firm Davies Collison Cave and patent attorney firm Freehills – both of which were ranked top-tier in Australia for patent prosecution in the 2016 edition of the IAM Patent 1000, IAM’s annual guide to the world’s leading patent practitioners – and is expected to IPO on the Sydney stock exchange (ASX) later this year.

According to the pre-IPO research reports compiled by brokers Evans & Partners and Bell Potter, Qantm looks set to be the second largest Australian IP service provider in terms of patent filings. But it is the potential for growth in neighbouring jurisdictions that could significantly pique investor interest. “Australia as a mature market has seen filings grow at 3-4% per annum [20-year annual compound growth rate], but Asian filings are growing at 11% per annum, effectively underwriting top line growth,” Evans & Partners told its clients. Another ASX-traded IP service provider (and owner of renowned firm Spruson & Ferguson), IPH, has also benefitted from substantial exposure to Asian markets, experiencing stock price increase of over 150% during the course of 2015.

There are many signs to suggest that the Asia-Pacific region’s importance as an IP market is on the up. But while patent purchases and M&A activity involving IP owners can tell us part of the story, it could be argued that growth in IP services provision is just as useful a bellwether for determining if there is an actual IP industry in the making. In any case, both the Thomson Reuters buyout and the impending IPO of Qantm underline that there is rising demand for IP-related services in Asia; and that can only mean that IP is no longer just a passing thought for Asian companies. Instead, they now see IP as a source of value - and they want to achieve much, much more with their portfolios. 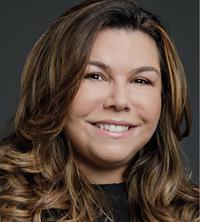