In her keynote address at IPBC Taiwan this morning, Mei-hua Wang, the director general of the Taiwan Intellectual Property Office, drew attention to the issue of Taiwan’s IP royalty deficit and other patent challenges faced by the island's companies. It was a fitting start to the day, as a number of leading local tech executives went on to discuss the origins of the royalty gap, and two major trends that could narrow it: less litigation risk in the US and more monetisation in Taiwan.

The traditional modus operandi for Taiwanese corporates has been to “buy peace and instil certainty,” said Marcus Woo, vice president and general counsel for HTC. But in more recent times, certainty has been in short supply at any price. “The IP ecosystem has gone through a metamorphosis and become so dynamic” as NPEs and other new types of actors have emerged, Woo said. But although Taiwanese companies have long been awake to the importance of patenting, their own portfolio-building efforts have not always been well-suited to going on the offensive. Historically, many companies generated patents by looking back at what their R&D efforts had accomplished and seeking protection for it, but now patent owners must be more forward-looking. Effective monetisation, according to Woo, they will need to be strategic about : “You have to identify asymmetries between what you’re doing and what others are doing. Therein lies the real value of patents.”

Wei-Fu Hsu, vice president and general counsel for Mediatek, noted that slimming profit margins amid tough global competition was going to put pressure on Taiwanese owners to monetise their patent assets. He outlined a few of the ways in which Mediatek has already generated patent-based revenue, including portfolio sales and participation in patent pools. Woo agreed, adding: “Management these days are counting the dollars and cents. Any assets you have, you’re going to be asked how you are going to make money off of them.” Application and maintenance fees make building and maintaining large portfolios extremely costly, meaning not just monetisation but also pruning of big portfolios will be an important trend going forward. The falling number of domestic patent filings at TIPO is probably evidence of this portfolio optimisation rather than any decline in inventive acivity.

There was ample discussion of the challenges faced by small and medium-sized businesses in Taiwan, with both Director General Wang and Yu-ling Tsai, minister without portfolio in the Executive Yuan, emphasising efforts to help these enterprises succeed. The cost pressures of patent ownership are even more acute for these entities, but Michael Shen, managing counsel for patent litigation at TSMC, had some advice for how they can mitigate them: “Smaller companies should take a closer look at the claims that get issued and run them past experienced counsel to make sure they really are what you want; take advantage of practices which allow you to modify those claims a bit to make the grant that much more valuable.”

Shen also emphasised that companies should not be afraid of litigation – or of making a deal: “I think it has done wonders for TSMC to establish a reputation for taking people to the mat and establishing a wining record. But we’re also reasonable if the other side is reasonable.” He pointed out that many Taiwanese manufacturers have strong legal positions – a good number of them not only manufacture in Asia but deliver many of their products there as well. Moreover, the threat from NPE suits in the US is not what it once was as IPRs have “shifted power into manufacturing companies’ hands”. Spencer Yu of AU Optronics also rejected the idea that Taiwanese firms are on the back foot in patent litigation, saying “the best defence is a good offence” and adding that the display maker had enjoyed considerable success in counterclaims.

Of course, there could be unknown risks around the corner. Woo said he thinks of the patent world as a single ecosystem, noting that there will always be a threat from its “weakest link” – the jurisdiction with the most serious litigation risk. There was little discussion today of what the danger zone might be if it isn't the United States. Whether it's Europe, an Asian jurisdiction or somewhere else, identifying it early should be an important priority for Taiwanese corporates. 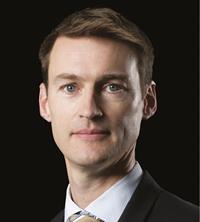