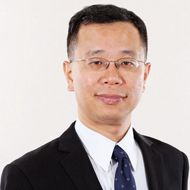 The Patent Act provides that an invention will not be patented if the invention can be easily made by a person ordinarily skilled in the art based on prior art, which corresponds to 35 USC 103 (obviousness) in the United States. The Supreme Administrative Court also held that 'prior art' is not limited to the original evidence submitted by the petitioner, but includes common knowledge that existed before the filing date of the invention owned by a person having ordinary skill in the art to which the claimed invention pertains (Supreme Administrative Court Judgment 105-Pan-Ji-41).

This judgment is based on Article 75 of the Patent Act, which stipulates that “when conducting invalidation proceedings, the Intellectual Property Office may, ex officio, examine the reason(s) and evidence not submitted by the party who brought the invalidation action but which is within the scope of the cancellation statement, and TIPO may notify the patentee and request a response within a specified time period”. However, this holding broadens the scope to which the principle of ex officio power may be applied.

However, the trend of the new cancellation system is moving towards an affair between the patentee and the party who filed the cancellation action, with the Taiwan IP Office not being involved in the trial. It will also be interesting and worth watching to see whether the courts will make any further use of the principle of ex officio power in the future.