The smartphone wars were a triumph for Samsung, a defeat for Apple, but everybody won

It was deja-vu all over again last week, when Apple and Samsung met in court to hear a jury’s decision to award the former $539 million in damages because of the latter’s infringement of three design patents and two utility patents. On the face of it, this looked like a big win for the Cupertino-based company in a dispute that began in 2011 following Steve Jobs’ declaration of thermonuclear war against the Android platform and those manufacturers who used it. But, of course, it wasn’t.

The fact is that Samsung won the smartphone wars back in 2012 when Judge Lucy Koh issued a judgment denying Apple an injunction, despite a jury finding that the Korean company had violated its patent rights and making a $1 billion damages award.

In fact, the smartphone wars were fantastic for Samsung. The Korean company not only entered and made big money from a new market, but also saw its reputation as an innovator significantly enhanced and its brand value soar. It is true that in court it probably lost decisions many more times than it won them; but the damages awards and lawyers’ fees it has had to fork out have been mere drops in the ocean compared to the revenues it has built and the profits it has made. In reality, they represent little more than the cost of doing business.

What Samsung always feared was an injunction in the US that would prevent it distributing its products at a time when it had not yet built up its own patent arsenal in that area or had the chance to develop workarounds. When Judge Koh put an end to that possibility in December 2012, Samsung was home free.

For Apple the aim was to deliver a knock-out blow. Failing that, the next best thing would have been to secure large-scale licensing deals that would not only have enhanced its own income, but also pushed up costs for licensees – so forcing them to make hard choices about the pricing of their devices and the amount of R&D they might do to improve them. Neither scenario played out.

So, despite the multiple courtroom victories and damages awards, it’s probably fair to say that Apple actively lost in the smartphone patent wars, too. Given the company’s size and how much it has made from the explosion in mobile communications that’s a strange thing to say. However, a cold, hard look at what both companies wanted and feared at the start of the dispute tells us it is true.

But the success that both Apple and Samsung – and others – have enjoyed over the last few years also tells us another thing: patents have not held anything or anyone back. Apple may have tried to use them to make life difficult for competitors, but it largely failed – in part, at least, thanks to the development of a more patent-sceptic environment in the US that it supported and helped to create.

The existence of patents, though, did allow companies that spent significant money on the creation of the technologies that underpin mobile communications – the likes of Ericsson, Qualcomm, Nokia, Microsoft and even Nortel and Kodak (or, more accurately, their creditors) – to generate healthy returns on the investments they made. That is a good thing.

The bottom line, then, is that Apple and Samsung fought a seven-year patent war that turned out not to matter very much at all. Companies that created foundational, must-have technology used patents to get a healthy return. Implementing companies built a market that benefited them and hundreds of millions of people across the globe. And while this was happening, smartphone device prices came down and the scope of their offering improved.

If all that is the sign of patents creating dysfunctional outcomes that harm consumers, maybe we need a lot more dysfunctionality in the world. Or maybe, just maybe, a lot of patent-sceptics have failed utterly to see the bigger picture. 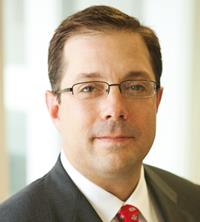