As keen readers of this blog will know, we have subscribed to the idea that a period of consolidation among NPEs, and publicly traded IP companies in particular, is going to be one of the trends in the patent market over the next few years. In March, Internet Patents Corporation announced that it had completed its acquisition of fellow NPE Prism, while in February Spherix revealed that it had rejected an offer from Marathon. Apart from those two, however, potential deals have been slow to materialise.

The rationale for deals remains – as the litigation climate has become tougher and the new re-exam procedures like inter partes review (IPR) have made most infringement disputes longer and riskier, so larger, better capitalised NPEs that can stay the course have been handed a clear advantage. But as Matt Vella, CEO of Acacia pointed out at IAM’s NPE2015 conference earlier this year, the uncertainty in the market, caused by the courts and possible legislation, has put a brake on any deals. “We’re not seeing consolidation so far because there’s too much vibration going on at the edges and people are not sure where it’s going to end up,” he stated.

So where does growth come from for the smaller capitalised, but successful NPE? One option might be the world’s second largest patent market, Japan. In the latest issue of IAM our cover story looks at the complex relationship that many Japanese companies have with patent monetisation. Many, like Canon, simply won’t countenance selling patents lest they end up in the hands of an NPE. On the other hand, a few, such as Panasonic, have shown a willingness to do deals, and while they may remain in the minority, our article points to something of a softening of Japanese attitudes towards the NPE market.

Some of the largest NPEs – such as Intellectual Ventures, Acacia, Conversant and WiLAN - have picked up on the numerous opportunities and have hired local expertise and/or pursued deals in Japan. But, apart from Inventergy, which did a major deal with Panasonic in January 2014 for around 500 patent assets, the country’s patent market has remained largely untapped by small cap and mid-market NPEs.

Might that change for those looking for an avenue to growth? A small NPE may not have the resources to open up on the ground in Tokyo, but then it doesn’t necessarily need to; after all, most major Japanese companies have large, well-established portfolios of US patents. Don’t expect Canon to suddenly change its attitude and announce a deal with, say, Spherix or Marathon, but as some attitudes start to change, the best growth opportunity, at least in the short term, may turn out to be in the Far East. Consolidation, in the current climate, may take a little longer. 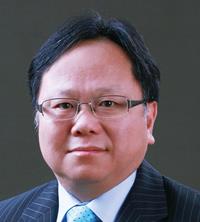