When patenting inventions in Russia, one potential route is granting a patent for an invention relating to a well-known product used for a new purpose, the so-called ‘second medical use invention’.

The patent law in force in Russia until mid-2016 allowed for the protection of inventions aimed at a product whose distinguishing feature was a new, previously unknown medical purpose. The format of claims relating to such products was: “a pharmaceutical composition/formulation/combination/dosage form/kit, etc, for treating disease Y comprising known compound/substance X”.

At the same time, despite the product’s availability, the new purpose of ‘treating disease Y’ makes it possible to recognise the novelty of the proposed invention. Until mid-2016, a new medical use of a well-known product could be patented in Russia both in the format of a claim characterising the product with the indication of its new intended purpose (eg, in the form of a drug, composition or dosage form, or in the form of use of said product for a new intended purpose and a method of treating a disease using said product). However, after new patent filing rules and documentary requirements entered into force in Russia in July 2016, a new medical intended purpose as the only distinguishing feature for a product was excluded.

In accordance with Article 70 of the rules (as amended 1 October 2018): “if the difference in the generic concept is caused only by the properties objectively inherent in the claimed product, including previously unknown properties, the claimed product is not recognised as novel. In this case, the applicant has the right to characterise the claimed invention in the claims in the form of the use of the product for a specific purpose specified in the generic term.”

‘Use for treatment’ subject matter

Second medical use as an invention is defined in Article 1350 of the Civil Code: “As an invention, a technical solution is protected in any field that relates to a product (in particular, a device, substance, strain of a microorganism, a plant or animal cell culture) or a method (a process of carrying out actions in respect of a material object by material means), including to use of the product or method for a specified purpose.”

In Clause 53(22) of the requirements (August 2016), an invention relating to the second medical use is additionally defined as “for the invention, characterised in the form of its use for a specific purpose, a claim has the following structure: Use … (the name or characteristic of the product or method is given) as … (the purpose of the specified product or method is given)”.

The essential features that are sufficient to characterise this subject matter are the characteristics of the product and its intended purpose. The indication of other additional features such as dosage, administration route and regimen are admissible; however, such an indication will be considered by the examiner as evidence that the invention is not just a new use of the product, but rather a new method of dosage or administration to achieve the indicated intended purpose, in view of additional restrictions caused by the indicated features, and protected in accordance with Russian legislation as a method of treatment.

The following formats of the claims characterising an invention relating to use for a new medical purpose are admissible:

In accordance with Article 1358(2) of the Civil Code, “the use of an invention, and, accordingly, infringement of a patent, shall be considered, in particular: import into the territory of the Russian Federation, manufacturing, exploitation, offer for sale, sale, other introduction into civil circulation or the storage for such purposes of a product … intended for its use in accordance with the purpose specified in the claims, while protecting the invention in the form of use of a product for a specific purpose.”

The scope of exclusive rights of a patent containing claims for “use a product for a specific purpose” applies directly to the product used for the specific purpose, but not only its use for this purpose. However, it is necessary to consider the practice established in Russia, according to which the indication of features relating to a method of treatment, in the claim for use of a product (namely, the indication of dose and regimen of administration of a medicinal substance) will lead to the claim being considered as related to “a method of treatment”.

According to patent legislation, a new medical use of a known product can also be protected as part of a method of treatment. In accordance with Clause 43 of the requirements, methods are characterised using, in particular, certain features. Unlike the ‘use’ subject matter, the ‘method of treatment’ subject matter is characterised by additional features relating to a certain order of actions on a product, conditions or modes, among others, which specifies the subject matter and, thereby, limits the scope of exclusive rights to a patent.

However, if an invention is directed to a new medical use of a known product, the claim relating to a method of treatment can be drafted without inclusion of the above features and, similarly, the claim relating to use may contain only the characteristic of the product and its new purpose, usually indicating that the product is administered in a therapeutically effective amount. For example, the claim may be worded as follows: “a method for the treatment of Y, comprising administering X in the therapeutically effective amount”. However, even with this characteristic of the subject matter, it should be kept in mind that the scope of exclusive rights will not correspond to the scope of exclusive rights of a patent relating to “use of X for the treatment of Y/manufacture of a medicine for the treatment of Y” since, in this case, the violation will be established when confirming the use of all the features of the method, including the administering feature.

According to the Eurasian legislation, the features by which a subject matter such as ‘composition’ can be characterised pursuant to the requirements of Clause 2.5.4.4, include:

In addition, in accordance with Article 2.6.2 of the rules, a claim should start with the name of the object reflecting its intended purpose. Moreover, the rules also specify the mandatory features of a composition as a subject matter, which, pursuant to Article 2.6.7, are defined as “the features characterising the ingredients included therein and, if necessary, the features characterising their quantitative content, expressed in any units, as a rule, by two values defining the minimum and maximum limits of the content”.

So, as with Russian patent law, in accordance with the requirements of the Eurasian Patent Law, a well-known product that has the only distinguishing feature characterising a new purpose cannot be protected in the ‘product X for treatment of Y’ format. Protection of such a product – taking into account the requirements of the EAPO legislation – is possible in only two formats: “use of this product for treatment” and “a method of treatment using said product”.

According to Section 2.5.4.2 of the rules, the features used to characterise the method (in general, not only a method of treatment) are the following:

This is supplemented with the requirements of Clause 2.6.6 of the rules, according to which the features of the method subject matter are: “features that reflect the presence of actions or operations, the combination of which provides the implementation of the method, the sequence of the actions or operations, conditions and modes for performing them, as well as means, use of which the method is implemented (raw materials, reagents, devices)”. The features that characterise directly the method of treatment are those that indicate a specific dosage regimen of a product, conditions or regimens of its administration.

Similar to Russian legislation, a subject matter (eg, a method of treatment) can be used in the EAPO to characterise an invention relating to a new medical use. Thus, a claim format such as “a method for the treatment of Y, comprising administering Y in the therapeutically effective amount” is acceptable under the Eurasian patent law to characterise an invention relating to use of a product for a new purpose.

After Russia’s Patent Law was changed in 2016, the requirements for the claims were harmonised with the corresponding requirements of the Eurasian Patent Law in respect of the protection of a new medical use of a well-known product. Russia’s Patent Law no longer provides an opportunity to protect a known product that differs exclusively in a new purpose, in the format of ‘product X for the treatment of Y’. For such inventions in Russia, and in accordance with the Eurasian Patent Convention, only the following claim formats are possible:

Such formats relating to use allow the protection of a product for new medical use and are equivalent in terms of the scope of exclusive rights. The indication of features of a regimen of administration or dosage of a product in the claims formulated as use leads to the classification of such claims as a method of treatment, which is much less preferable in terms of the difficulties that may arise in proving the fact of exploiting the invention. 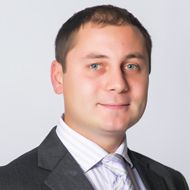