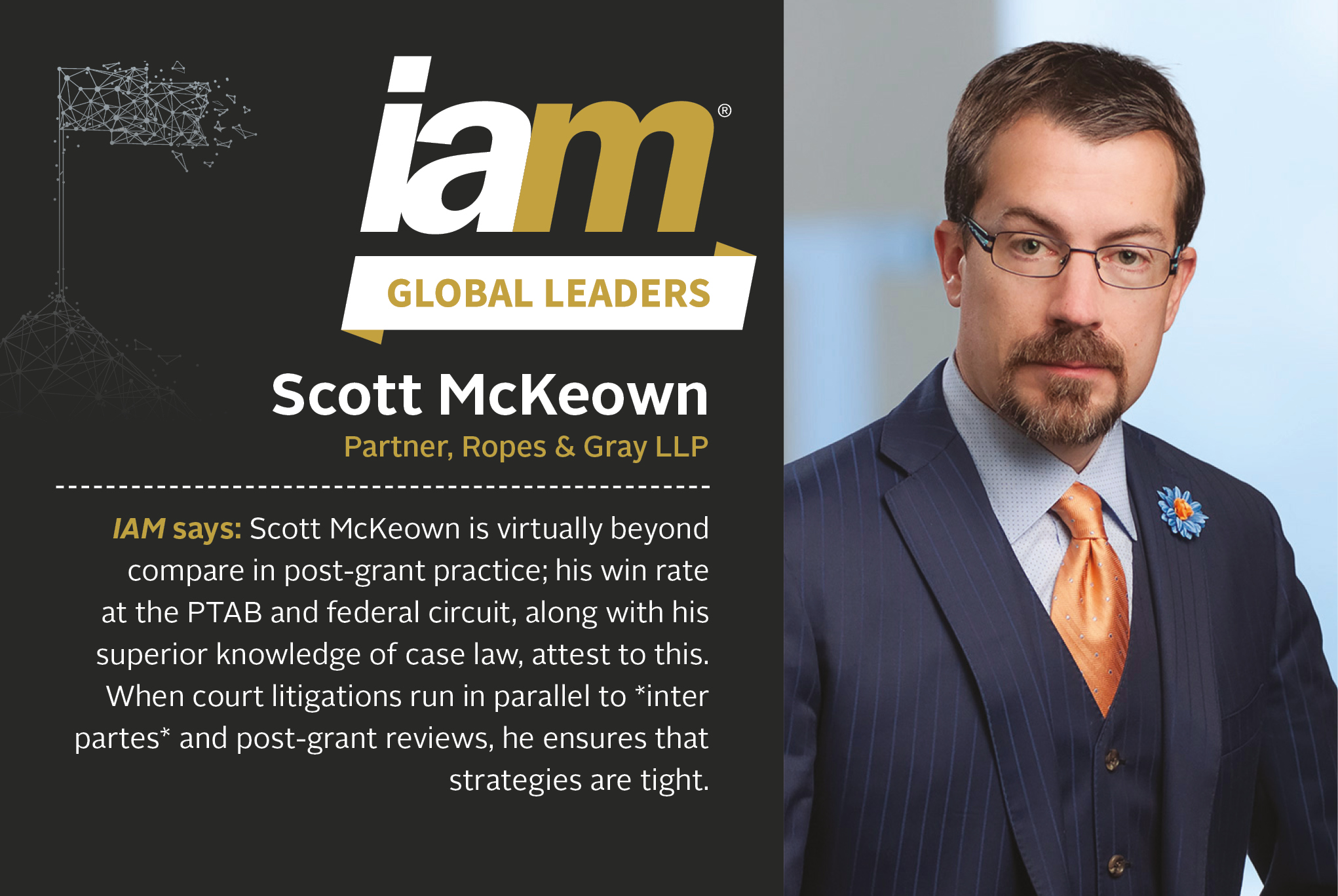 What led you to a career in IP litigation?

Working as a hardware engineer in the electronic gaming industry, I witnessed the impact of patent assertions on the first gaming machines to fully leverage graphical user interfaces and sophisticated embedded system designs – that is, how an entrenched competitor could use a strong patent portfolio to protect market share – even from more innovative competitors – and how an innovative company can overcome an otherwise formidable barrier to entry for a certain business with the right patent portfolio. Thereafter, I decided that my engineering background and interests in law and writing were a perfect fit for this career path.

I began my career as a patent prosecutor, which is invaluable experience for administrative trials before the USPTO’s PTAB. I transitioned to the hybrid practice of post-grant patent disputes before the USPTO some 15 years ago when NTP was battling Research in Motion (now BlackBerry). As such high-profile disputes became more commonplace before the agency, I saw this as an avenue to leverage my prosecution training in an adversarial setting.

As one of the most active PTAB trial attorneys in the United States, what is the key to success in this arena?

You have to be two-parts engineer and one-part attorney to consistently succeed before the PTAB.

The PTAB is an expert agency, which is a fact lost on many practitioners. It is not a court of general jurisdiction with judges that have no engineering or scientific training; it is a court of legally trained scientists and engineers. Practising before the PTAB and attempting to spin themes of good versus evil or pursuing district court-style strategies that succeed based on heightened standards of evidence and/or presumptions of validity that do not apply to the PTAB simply fail. The agency is seeking technical truths and logical explanations in view of its own technical insight. This is especially critical for patent holders, which often think that success means following earlier game plans that succeeded in the district court – unsurprisingly, they consistently lose.

USPTO Director Andrei Iancu has introduced many changes to PTAB practice. To what extent would you agree with his claim that it is a “new day at the PTAB” and which of those changes have had the greatest impact?

The most significant has been the agency’s increased willingness to deny PTAB trial petitions (as a matter of discretion) based on competing district court trial dates under 35 USC Section 314(a). It is no coincidence that patent litigation has increased as access to the PTAB has been restricted and as speedier districts such as the US District Court for the Western District of Texas secure a larger share of patent litigation in the United States. The America Invents Act was designed in part as an antidote to out-of-control Texas patent litigation. The PTAB is now deferring to the problem that the act was designed to solve, which it was doing effectively.

So, is it a “new day”? Perhaps for some Western District of Texas patent assertion entities, but this is not a positive development by any means.

You maintain the Patents Post-Grant blog. What is the benefit of this and how do you find the time?

I have maintained this blog for over a decade now. It is a lot of work and most of my posts are written at 1am, but I truly enjoy it. It is rewarding to be contacted by legislators seeking input on a technical fix to a patent statute or to be cited in a legal brief. The benefit is establishing a voice in the industry that has been recognised over the years as marginally competent.

How are client demands changing and what impact has this had on the way that you manage your practice?

Legal project management is now a much bigger component of an IP law practice compared to even five years ago. Legal services are treated like any other vendor in many large organisations and the reporting and tracking reports can be quite onerous – not to mention expensive. I have had to expand my administrative functions to meet the demands of clients seeking more granular data on their legal spend.

Scott McKeown is a partner in Ropes & Gray’s IP litigation group and chairs the PTAB practice. He focuses on post-grant patent counselling, including litigation before the federal courts and related appeals to the US Court of Appeals for the Federal Circuit. One of the most active PTAB practitioners in the United States, he has been honoured for a second time in 2020 as the PTAB litigator of the year.