Samsung Electronics and Kudelski Group are teaming up to license content delivery technology that they have developed together, marking what may be a first step in a radical new direction for the Korean company in terms of monetising its IP assets.

Kudelski unit NAGRA announced earlier this month that it would be establishing a new corporate body with Samsung to license their co-developed TVkey solution to home entertainment industry stakeholders. TVkey allows consumers to sign up for paid content services directly from their televisions without the additional expense of buying and installing a set-top box, and in a way that meets the movie industry’s “stringent requirements for Enhanced Content Protection”.

Since NAGRA and Samsung first detailed their collaboration last year, TVkey has already been made available for certain newer Samsung televisions. However, both companies want the technology to be more widely adopted throughout industry – and that presents a potentially lucrative licensing opportunity. Quoted in a press release, JongHee Han, executive vice president of Samsung Electronics’ visual display business, said: “We are excited to expand TVkey technology access to a wider ecosystem of industry players… By opening access to the technology, we are committed to establishing TVkey as the de facto standard for access to premium pay services directly on TV sets.”

Think of Samsung Electronics and IP licensing, and more often than not the assumption will be that the Korean company is on the licensee side of the equation. It is thought to have paid out billions of dollars in royaltirs over recent years. On those occasions that the company has licensed-out its own patents and technology, it has typically either been to its own subsidiaries and affiliates, or as part of broad cross-licensing agreements aimed at securing freedom to operate.

It probably didn’t feel like there was anything wrong with that approach back when Samsung was selling far more smartphones, televisions and refrigerators than anyone else. But as the Korean company’s market share has diminished in the face of more competitively priced alternatives from China, India and elsewhere – and with a PR crisis or two thrown in for good measure – that softly-softly, defensive-led strategy looks increasingly out of place.  As this blog has said before, it seems inevitable that as the pressure mounts, Samsung’s gargantuan patent portfolio – probably the world’s largest – will be scrutinised more and more by executives and investors alike to identify opportunities for extracting additional value.

That’s what makes this new partnership with NAGRA all the more interesting. What Samsung has in Kudelski Group is not only a partner with a long history of developing media content and security technologies, but also one with a significant track-record in generating revenue from licensing its innovations – and turning to litigation to do so, if needs be.

Led by senior vice president Joe Chernesky – a former Intellectual Ventures licensing executive – the Swiss company’s OpenTV subsidiary has engaged in an extensive patent licensing campaign, signing deals with the likes of AOL, Apple, Disney, Google, Netflix, Verizon and Yahoo over the past couple of years; while just this week, OpenTV filed another lawsuit in the Eastern District of Texas against NFL Enterprises, the commercial arm of American football’s National Football League, alleging patent infringement. In August last year, it signed a licensing agreement with RPX, in return for an upfront payment and a future transfer of patents from the defensive aggregator.

Kudelski has made a big name for itself in the patent and technology licensing space – and having a strong relationship with it could prove especially beneficial for Samsung, if and when it begins to mine more value from its own IP portfolio. 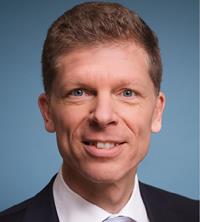