Samsung Electronics today announced that it has filed patent infringement lawsuits against Huawei in several courts throughout China, Reuters reports. The litigation represents a stepping-up of hostilities between the two companies, after Huawei sued Samsung in US and Chinese courts over patent complaints back in May.

According to the Wall Street Journal, one of the cases has been filed in the Beijing IP Court. In this particular action, Samsung is asking for damages of Rmb161 million ($24.1 million), as well as an injunction against Huawei and a local company named Beijing Hengtongda Department Store Co. Samsung claims that Huawei’s Mate8 and Honor smartphone lines are among those that infringe on six of its Chinese patents relating to wireless telecommunications, digital photography and other technologies.

In a statement, Samsung said that it has “faithfully negotiated with other patent holders for the fair licensing of technology” but, despite its “best efforts to resolve this matter amicably, it has regrettably become necessary to take legal action in order to defend our intellectual property”.

Huawei has clearly adopted a harder line on IP enforcement of late. In addition to its clash with Samsung, the company has sued T-Mobile in the United States over a FRAND licensing dispute. In another twist, Nokia intervened in these cases on behalf of T-Mobile – which is one of its clients – and its counter-complaints against Huawei have now been severed to proceed as separate actions.

In late 2014, Samsung and Apple agreed to lay down arms and bring an end to all patent litigation between them worldwide, with the exception the few remaining issues that need to be ironed out at the tail-end of their biblical US fight. IAM later suggested that this marked the beginning of the end of the so-called ‘smartphone wars’ that had dominated IP-related press since 2009, when Apple and Nokia began their first significant clash over mobile device patents.

However, one major market that didn’t really feature in the smartphone wars was China. Back in 2009, China’s IP ecosystem was still widely perceived by outsiders to be underdeveloped and unpredictable; absorbed in issuing reams and reams of low-quality, state-subsidised patents, with courts lacking in technical expertise, tending towards protectionism and offering feeble remedies for infringement. Chinese mobile device makers were still overwhelmingly focused on their home market; moreover, there was a feeling that the small number that possessed substantial patent portfolios had little idea about what to actually do with them. All of these factors likely contributed to keeping big-ticket smartphone litigation away from the country.

Whether those characterisations are fair or not, it is abundantly clear that an awful lot has changed in China since then. The domestic mobile device market has grown to the point of saturation, with long-established players like Huawei and Samsung challenged by fast-growing start-ups like Xiaomi, Meizu and LeEco, and technology owners further up the food chain such as Ericsson, Nokia and Qualcomm all wanting their fair share. Chinese companies from across the board are strengthening their patent portfolios, organically and through acquisitions, and are bringing in proven IP experts to achieve this. In such an environment, it is not a surprise to see companies progressively leaning on their IP assets to exclude competition, prop up their market share and generate additional revenue.

As a result, the strategic value of Chinese patents is on the rise – not just to Chinese businesses, but to foreign companies and investors as well. In times gone past, Samsung may have thought twice about launching its counter-attack on Huawei’s home soil (as of time of writing, Samsung does not yet appear to have filed corresponding actions in the US or Korean courts). Foreign rights holders’ confidence in the Chinese IP system would appear to be growing – and with it, the very real possibility that the smartphone wars aren’t quite over just yet. 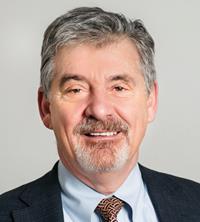