Registered designs can now include slogans 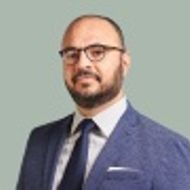 A recent decision of the Italian Board of Appeal confirms that designs, including slogans, may be registered as ornamental models. The board explained that within the context of a design, slogans cannot be registered as such, but only as part of the particular graphic used by the slogan. This decision aligns Italian Patent and Trademark Office (PTO) practice with that of the Office for Harmonisation in the Internal Market (OHIM).

Golden Boys t-shirts
Italian company Golden Boys Srl applied to register a large number of t-shirts as registered designs (ornamental models). Each t-shirt was characterised not so much by its shape or colour, but rather by the words displayed on the front in fancy fonts and colours. Some examples of the t-shirts are shown below.

Rejection
The PTO rejected Golden Boys’ application based on its failure to comply with Article 26 of the Implementing Rules of the IP Code. Article 26 provides that: "The protection of special denominations or signs intended to distinguish the goods can only be achieved through a separate application, under the rules on trade marks." The PTO also requested the deletion of the words from the design application.

Golden Boys argued that the phrases on the t-shirts had no distinctive function as a sign or trademark, but were used to define the overall aesthetics of the articles.

Nevertheless, the PTO maintained its rejection.

Appeal
Golden Boys appealed the decision to the Board of Appeals. During the proceedings, Golden Boys restated its previous arguments in favour of registration.

The PTO submitted a brief in which it maintained its position that the words found on the t-shirts were irrelevant to the ornamental or aesthetic appearance. Rather, such phrases were mere messages related to communication and were therefore eligible for protection – if at all – as trademarks.

Board decision
The board’s March 17 2014 decision held that the words on the front of the t-shirts were "sayings, sentences, aphorisms or jokes" that, when included in the application for registration of ornamental models, were not seeking registration as such, but only with respect to their particular graphic characteristics. In other words, such phrases printed on t-shirts would be protected only in the context of the particular representation used to express them, and not per se.

The appeal was therefore upheld and the application was allowed to proceed as a multiple ornamental model. The file included a statement that the registration was limited to the particular graphics represented on the models and did not protect the words per se.

The Italian PTO accepted the board’s decision and has subsequently granted similar applications, while including the same explanatory statement in the file.