Joo Sup Kim, vice president and head of licensing at LG Electronics, has left the company to take up an administrative judgeship within the Korean Intellectual Property Office (KIPO), IAM has learned. Kim joined the IP Trial and Appeal Board (IPTAB) – an independent administrative law body within KIPO – on Friday.

The IPTAB is the venue of first instance for challenges to KIPO decisions, as well as invalidity trials. Kim will serve as the lead judge of the IPTAB’s 10th section, which hears ex parte and inter partes actions that deal with “complex technology”, including semiconductors, telecommunications and precision parts.

IAM understands that that Kim was handpicked by the Korean government after a headhunting process aimed at recruiting top industry figures into public service roles. A private practice lawyer in Seoul told us it is “very rare” for a top in-house IP executive to move into a judicial post in Korea, and praised KIPO for seeking to make the system more user friendly.

Kim joined LG in 1984. After stints with GoldStar, LG Electron, and LG Display, he took over the licensing team at LG Electronics in 2011. Under his leadership, LG Electronics has been one of the most formidable Korean patent holders, and one of Asia’s most proactive operating companies when it comes to IP monetisation. Throughout his 33 year LG career, Kim handled over 1,000 litigations and negotiations, among which there were over 50 trials at court.

The IPTAB is gaining not only a very senior corporate IP figure, but a substantially pro-patent one. Last year, under Kim’s leadership, LG Electronics launched its first US patent litigation campaign as a lead plaintiff, a big step toward extracting further value from its portfolio. In recent years, Kim has closed IP deals with operating companies such as Microsoft, Ericsson, IBM, Technicolor and Amazon, as well as with NPEs including Evolved Wireless, France Brevets, and PanOptis.

For LG Electronics this will be a big loss, and it is not yet clear whether a successor has been appointed. IAM has been told that a reshuffle within the company's IP function can be expected within the month. The company is near the top of the list for granted 4G-LTE SEPs in the United States, and will be playing an increasing role in shaping the mobile standards landscape. Whoever takes over will have a big task.

Even more consequential is what this move might say about the Korean patent market. Government and judicial authorities seem to be making efforts to drive up the value of Korean patents and make the country more attractive as a dispute resolution forum. This past summer, the Korean patent court even tried its first English-language hearing as a way to promote Korea as a convenient, accessible and user-friendly venue for foreign IP litigants. KIPO’s selection of an outspoken and pro-patent IP executive to serve in a key IPTAB post may signal that more reform efforts are on the way. 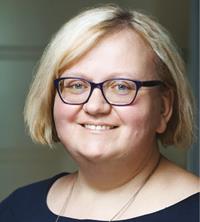