PTAB issues key decision over revolutionary CRISPR technology, but this tale is not over yet

The gene-editing tool CRISPR is in the process of transforming the life sciences industry. Perhaps not surprisingly with such a revolutionary technology still in its relative infancy, a dispute over patents between universities and research institutes that have been at the forefront of its development, erupted over just who owns some of the foundational IP.

Last week in a closely watched decision, the Patent Trial and Appeal Board (PTAB) ruled in favour of the Broad Institute, a non-profit research organisation affiliated with the Massachusetts Institute of Technology (MIT) and Harvard, in an interference proceeding involviung a dozen patents that were challenged by the University of California, University of Vienna and Dr Emmanuelle Charpentier. In this blog Cyrus Morton and Sharon Roberg-Perez of Robins Kaplan LLP look at the implications of the PTAB’s ruling and explain that in a rapidly evolving licensing market, more disputes over CRISPR could be on the horizon. Here's what they have to say:

The Broad Institute has emerged victorious in one of the most closely watched patent disputes in recent history, after the Patent Trial and Appeals Board (PTAB) came down in its favour in an interference proceeding in which patent rights to revolutionary gene editing technology called CRISPR were at stake. However, the story may not yet be over.

Early last year the USPTO declared an interference between the Broad, MIT and Harvard, on the one hand, and the University of California, University of Vienna and Dr Emmanuelle Charpentier on the other. An “interference” is an administrative proceeding before administrative law judges from the PTAB. When two parties claim a common invention, the agency may make a determination as to which of the competing parties has “priority,” which means they invented it first. At stake? A dozen Broad/MIT/Harvard patents that have been issued since 2014.

The CRISPR interference addressed whether the Broad’s inventions were patentably distinct from the University of California’s. In other words, was there really a “commonly claimed” invention?

CRISPR/Cas9 is a system that combines protein and RNA in a way that takes advantage of a naturally occurring bacterial defence mechanism. While the University of California broadly claims the use of a CRISPR/Cas9 system to contact a genetically engineered target sequence and cleave target DNA, the Broad claims similar methods that are limited to use in eukaryotic cells.

The Broad moved for a determination of “no interference in fact”, arguing that even if the University of California’s claims were considered to be prior art to the Broad’s claims, they would neither anticipate them, nor render them obvious. The key question? Whether skilled artisans would expect that a tool derived from bacteria would work successfully in a eukaryotic environment.

The Broad’s argument—that they would not—was supported by statements made by those working in the field at the time. Indeed, the University of California’s inventor, Jennifer Doudna, wasn’t “sure if CRISPR/Cas9 would work in eukaryotes—plant and animal cells”, and had “many frustrations” getting the system to work in human cells. While, at the time, the scientific community appreciated the potential of the system - and there was robust enthusiasm to carry out the necessary experiments - there was no indication of a reasonable expectation of success.

The PTAB also found persuasive the Broad’s reference to three other molecular biology tools, which illustrated the difficulty of transitioning from a prokaryotic to a eukaryotic environment. Although each of these three systems - riboswitches, ribozymes and self-splicing RNA - was eventually tailored to work in eukaryotic cells, the University of California could point to no common parameters that could be applied to CRISPR/Cas9.

The University of California is considering its legal options, but, as Dr Doudna explains it, the Broad has “a patent on green tennis balls; we will have a patent on all tennis balls. . .”

What does this mean for the biotech industry?

The Broad, University of California and Dr Charpentier have separately, exclusively licensed their patents for human therapeutic applications to Editas Medicine, Intellia Therapeutics (via Caribou Biosciences) and CRISPR Therapeutics. Query whether exclusive licences that apply—in theory—to the use of the technology “for every gene in the human body and every gene known to humankind” create a “bottleneck” that actually hinders research and development. The University of California’s approach is in marked contrast to its Cohen-Boyer licensing campaign with Stanford University, which granted non-exclusive licences across the biotechnology industry to recombinant DNA technology. That campaign is believed to have generated over 2,400 new products and $35 billion in sales.

When seeking a sub-licence, exactly which patent rights must be obtained and from whom? Editas, Intellia and CRISPR Therapeutics have all exclusively sub-licensed their rights in the human therapeutics field, for specific applications. But Juno Therapeutics holds a sub-licence to the Broad technology for CAR-T applications, while Novartis holds a sub-licence to the University of California technology for exactly the same application. Similarly, Monsanto and DuPont hold sub-licences for agricultural applications to either the Broad or the University of California’s patent portfolios, but not both.  When patent licensing relationships are this complicated, there is bound to be litigation on the horizon. This, of course, would be welcome news to no-one but the patent litigators.

The Broad and the University of California are not the only licensing entities. The University of Minnesota, for example, has licensed its own IP covering the use of CRISPR/Cas systems for engineering plant genomes. It will be interesting to see how its licensee, now known as Calyxt, positions itself against its much larger competitors, Monsanto and DuPont.

The CRISPR market is set to be worth up to $5.5 billion within the next five years. Even when the Broad’s patents faced a significant challenge in the form of the interference, its licensee, Editas, had an IPO that raised nearly $100 million. Similarly - though they lack rights to the Broad’s technology on eukaryotic applications for CRISPR - the Intellia Therapeutics and CRISPR Therapeutics IPOs raised over $150 million last year.

Molecular biologists have long used bacteria as sources of new tools. Not one to sit on his hands, Dr Feng Zhang, the Broad’s inventor, published his discovery of a new protein, “Cpf1”, that appears to be a useful alternative to Cas9. Those new claims are making their way through the Patent Office as we speak.

It is bound to get even more interesting. Stay tuned. 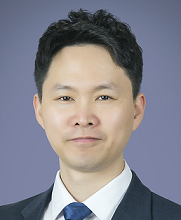