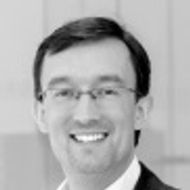 The UK Patents Court recently handed down its judgment in the third technical trial in the ongoing dispute between Unwired Planet and various mobile phone and infrastructure manufacturers.

In the first technical trial Justice Birss held that the patent was valid and had been infringed through compliance with the relevant long-term evolution (LTE) standard (for further details please see "IP lawyer: UK court finds SEP necessarily infringed through compliance with standard"). The second technical trial dealt with two related patents derived from a single European patent application (for further details please see "Court battle over Unwired Planet patents continues"). Unlike at the first technical trial, Birss held that the patents were invalid for obviousness in light of a publicly available document detailing proposals made by Qualcomm for LTE standardisation discussions. As a result, it was not necessary for Birss to decide on infringement.

Meanwhile, the Dusseldorf District Court also handed down its judgment on infringement in respect of three of the six patents, two of which were found to be invalid by the UK Patents Court in its second technical trial. The defendants have filed separate actions with the German Federal Patent Court alleging that the patents are invalid – so-called 'nullity actions'. The Dusseldorf District Court could have stayed its proceedings to await the outcome of the pending nullity actions, but instead continued with the infringement action, finding that handsets manufactured by Samsung, LG Electronics and Huawei infringed all three patents in Germany, and that the infrastructure manufactured by Samsung and Huawei infringed only one of the three patents. The decision on validity of these patents is now awaited.

In March 2016 Birss, in the third technical trial in the United Kingdom, held that the patent at issued was valid and essential to two Global System for Mobile Communications standards, and thus infringed by the defendants' implementation of the standards. Notably, this patent corresponds to the third patent dealt with by the Dusseldorf District Court. This has no doubt provided some comfort to Unwired Planet as it awaits the outcome of the pending nullity action in Germany.

In reaching his decision there was a discussion on claim interpretation and infringement with respect to the relevant standards. Birss also provided some general comments on the form of obviousness arguments which rely on common general knowledge alone.

In their submission, the defendants submitted that criticisms in Accord with respect to arguments based on common general knowledge alone did not work in the case at hand. In doing so, the defendants argued that the problem solved by the invention did not exist before, or independently of, the creation of the standard in the course of which the invention was made and submitted that there was no longstanding problem. Birss stated that this ignored the intensity of the effort which went into creating the Universal Mobile Telecommunications System standard and the evidence that the problem in this case was a well-known problem, which could have been demonstrated by various committee documents.

The defendants also argued that standards are arrived at iteratively, and there is no room for "concrete prior art" – a phrase used by Birss in Accord. Birss agreed that the process was iterative, but indicated that there were plenty of concrete documentary proposals which exposed the thinking of the skilled people on the very issues with which the case was concerned and from which the defendants could, and did, develop obviousness arguments.

There are still two technical patent cases to be heard in the UK courts. With another positive outcome in the UK courts for Unwired Planet, it seems likely that the proposed non-technical trial to determine FRAND terms and competition issues will take place toward the end of 2016.