By Xiaowei Wei and Guoxu Yang

In China, there are three types of patent: invention, utility model and design. Only invention patents are subject to substantive examination.

To satisfy the practical utility requirement, an invention or utility model must be reproducible and produce beneficial effects.

To satisfy the disclosure and enablement requirements, an invention or utility model must be described in a manner that is sufficiently clear and complete so as to enable an ordinary person in the art to carry it out.

The absolute novelty bar applies in China. This means that an invention or utility model must not be part of any prior art in China or abroad, and must not have been described in any patent application previously filed in China or a Patent Cooperation Treaty application valid in China.

For an invention or utility model, the claims must be supported by the description, contain all essential technical features for solving the technical problem and be definite and concise.

What types of invention are explicitly excluded form patent eligibility?

Further, subject matter that is not reproducible, is contrary to natural law, is created by unique natural conditions or relates to a surgical method will be filtered out for lack of practical utility.

Software, computer programs and program instructions per se are categorised as ‘rules and methods for metal activities’ and are not patentable subject matter. Nevertheless, inventions that are implemented wholly or partially through software can be patentable if they involve a technical character.

The conventional method for drafting a product claim relating to a computer program is to present a claim defining more than one functional component, each of which corresponds to a step in a computer-implemented method. This approach may be unfavourable when it comes to litigation, due to the difficulty in identifying counterparts of the software components in the relevant product.

In April 2017 the revised Guidelines for Patent Examination came into effect and the means for drafting software-related or computer-implemented claims have since become relaxed. According to the revised guidelines, computer-readable media carrying program instructions – which were previously excluded from patent protection – have become patent eligible. In addition, claims seeking to protect an apparatus comprising a memory in which computer-executable instructions are stored and a processor configured to perform actions on execution of the instructions are now acceptable.

Inventions covering business methods are not excluded from patent protection, provided that they involve a technical character. If a claim relating to a business model contains not only business rules and methods, but also a technical feature, it will be eligible for patent protection. However, business methods implemented with general computer and internet technology and with no improvement in terms of technical aspects may still be rejected – usually on the grounds of lack of inventiveness, rather than patent-ineligibility.

Utility model patent applications are not subject to substantive examination, but rather formality examination only.

Yes. An invention is not anticipated by the disclosure of an invention in the six months preceding the filing or priority date:

No opposition procedure is available in China. However, there is an invalidation procedure, which is outlined below.

Are there any other ways to challenge a patent administratively without resorting to litigation?

In China, there is only one procedure to challenge a patent – namely, the patent invalidation procedure before the Patent Re-examination Board. Any party may initiate invalidation proceedings with the board at any time after grant of a patent. An oral proceeding is usually held, before which the applicant may amend the patent claims in response to the invalidation request. However, such amendments may be strictly limited. Any patent rights that are declared invalid will be deemed to have been non-existent from the beginning.

If a patent application is rejected, the applicant can ask the Patent Re-examination Board to overrule this decision. Further, in order to challenge a patent, the petitioner must initiate invalidation proceedings with the board. If the applicant or petitioner is not satisfied with the board’s decision, it can appeal to the Beijing IP Court and then to the Beijing High Court to review the first-instance judgment. The second-instance decision is final, although a retrial before the Supreme Court is available.

On average, it takes 22 months from the start of the substantive examination for an invention patent application to be granted. Thus, the applicant may expect to obtain an invention patent approximately three to four years after filing. For a utility model or design patent, it may take approximately three to six months from filing for grant of the application. In addition, a patent application takes around one to three months from the issuance of notice of allowance to the issuance of notice of grant.

A court action is the most effective way for a patent owner to enforce its rights in China. By filing suit before the competent court, the patent owner may obtain remedies such as a preliminary injunction, a permanent injunction and damages.

Once the patent owner has filed suit, the defendant has 15 days to respond or 30 days if it is a foreign party. The parties usually have 30 days to file evidence and one or more court hearings may be held. After the hearing, the court issues its first-instance decision. This may be appealed to a higher court by either party; the second-instance decision is final.

In China, there are more than 80 intermediate people’s courts and three IP courts with the power to handle patent infringement cases. Jurisdiction is typically determined by two factors:

As a strategy, the plaintiff may select a court away from where the defendant is located to avoid possible influence by the defendant.

There are three specialised IP courts in China: the Beijing IP Court, the Shanghai IP Court and the Guangzhou IP Court. These courts are heavily used by patent owners.

The courts in larger cities have more experience of patent cases. In Beijing, Shanghai and Guangzhou, patent-related cases are tried by specialised IP courts. The judges in those courts usually have a high level of expertise.

What role can and do expert witnesses play in the proceedings?

An expert witness may provide an affidavit to the court as evidence of the parties. The expert must be present in court to undergo cross-examination in order for his or her evidence to be considered by the court, unless there are extenuating circumstances. In some cases, the court may request the parties to call certain experts to explain the technology at issue.

If the profits lost by the patent owner or made by the infringer are not clearly determinable and no royalty rate can be referred to, the court may award statutory damages at its discretion within the range of Rmb10,000 ($1,500) to Rmb1 million ($150,000). Punitive damages are not available.

How common is it for courts to grant permanent injunctions to successful plaintiffs, and under what circumstances will they do this?

It takes between six and nine months to obtain a decision at first instance if the parties are domestic companies or individuals. The timeframe will be longer if a foreign party is involved as there is no time limit for the courts to try foreign-related cases. This process cannot be expedited.

Under what circumstances will the losing party in a first instance case be granted the right to appeal? How familiar are the higher courts with patent matters? How long does an appeal typically take?

The losing party in a first-instance case is always entitled to appeal. The higher courts are often highly familiar with patent matters. An appeal typically takes between three and six months for domestic cases or longer for foreign-related cases. 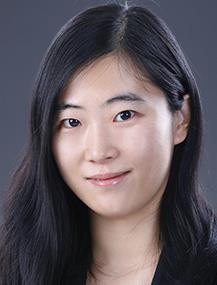 Xiaowei Wei is a patent attorney and deputy director of the electric department at CCPIT Patent and Trademark Law Office. After graduating from Tsinghua University with a master’s in engineering in the field of digital communication, she started her IP career by joining CCPIT. Her practice focuses on drafting, prosecuting, invalidating and litigating patents. 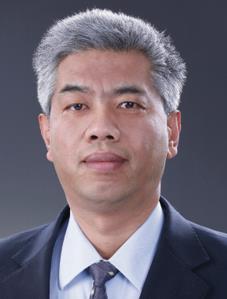 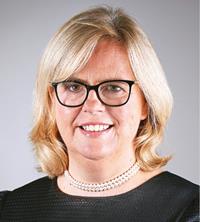