Unified Patents and RPX have both released their early numbers on new US patent litigation cases in 2016, confirming what we have known for some time: district court cases fell dramatically, with Unified putting the total number of filings at 4,382 - a drop of 24.8% year-on-year. That is the lowest volume of new cases since 2011 when the America Invents Act (AIA) came into effect and a change in joinder rules led to an immediate increase in the number of suits. According to Unified, disputes at the Patent Trial and Appeal Board (PTAB) saw a slight drop down to 1,723 from 1,793, although last year was still the second busiest on record.

The question now is whether the 2016 litigation drop was a blip or part of a longer-term trend. The last few years have seen sharp fluctuations in the number of cases with 2013, the busiest year on record, leading into a marked fall in 2014 as plaintiffs were seemingly turned off by the Supreme Court’s Alice decision and by the prospect of patent reform. So if that is repeated, we might expect to see the number of new cases rise again this year.

But, as ever with this kind of data, there’s more to it than just the headline numbers. RPX and Unified dig a little deeper into the stats and given that both are concerned with protecting their members from the threat of NPEs, not surprisingly they provide lots of detail on the litigation threat posed by the patent market’s bête noires. Both report that NPEs still dominate the number of new case filings with Unified calculating that they were responsible for 55% of the lawsuits brought in 2016.

We could spend all day debating why NPEs have come to dominate US patent litigation but, interestingly, they appear to be turning their attention away from those defendants with the deepest pockets. According to RPX there has been a significant drop off in NPE litigation campaigns against companies with revenues of $50 billion or more.

Many of the largest tech companies have shown their willingness to fight infringement suits tooth and nail, dragging out disputes through the district courts and the PTAB. Most NPEs don’t have the kind of capital required to fight a multi-year, multi-million dollar infringement battle and so may be setting their sights elsewhere. As RPX states: “This suggests that NPEs may be shifting focus away from seasoned defendants, and toward more vulnerable targets.”

In recent years another data provider, Lex Machina, has provided information on the number of high-volume plaintiffs – those litigants, typically non-practising entities (NPEs), that bring a large number of lawsuits against a range of defendants involving one or just a handful of patents. Previous studies have shown that they have driven a large proportion of new cases and so it will be worth noting, when Lex Machina releases its own analysis, how active large-volume plaintiffs were in 2016. That might tell us more about some longer terms trends in US litigation.

@IAM_magazine Korean industry groups are fretting about increased patent oppositions from Japan Inc, but it's not time to panic y… https://t.co/FVn9oBsDtt Read more

@IAM_magazine RT @KCALtd: KCA is again pleased to be supporting the IP Business Congress Australasia which, for 2020, is being held as a dedicated virtua… Read more 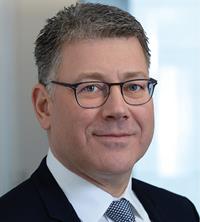