Patent lawsuit numbers continue their US tumble; IPR cases, though, are back up

New patent litigation filings fell in the third quarter as the overall volume of cases for the year approached levels not seen since 2011, according to data from Lex Machina.

From 1st July to 30th September 1,127 new lawsuits were filed in US district courts. That's down from the total for the second quarter of 1,289, although up slightly from Q3 last year when 1,114 new cases were brought.

According to Lex Machina’s current prediction for the year, 2016 will see a total of just over 4,700 new lawsuits. This would be the lowest level since 2011. Over the last four years litigation volumes have been at unprecedented levels thanks, in large part, to new joinder rules introduced by the America Invents Act.

One of the characteristics of litigation volumes over the last two years is that the quarterly totals have often lurched from one extreme to another. Last year, for instance, saw one of the quietest recent quarters in Q3 but also two of the busiest in Q2 and Q4 as external factors such as the prospect of new patent legislation and new federal court procedures had an effect.

Lex Machina’s latest numbers confirm that quarterly totals are still very up and down, but the trend line for this year has undoubtedly been pointing south. With a huge spike in cases last November thanks to changes to pleading standards in patent cases, which came into effect on 1st December, it seems safe to assume that we’re going to see a fall, year-on-year in Q4.

That could be significant given that many expect patent reform to come back on the agenda early next year in the new Congress. The latest litigation data gives legislators less scope to refer to sky-high litigation and it seems more and more likely that one of the big focal points in the next round of debate will be venue reform. The Eastern District of Texas remains far and away the most popular venue in which to bring infringement suits and ever since the Federal Circuit, in Re TC Heartland, refused to change how plaintiffs can select where to litigate, the pressure has clearly been growing for legislative action.

But that’s just one aspect of the patent reform debate. The other area that’s likely to see heated discussion is possible change at the Patent Trial and Appeal Board and with inter partes reviews in particular. With that in mind, one of the other interesting elements in Lex Machina’s latest numbers is that they show that IPRs are on the way up again.  After three successive quarterly falls between Q3 of 2015 and the second quarter of this year, the number of new reviews has climbed- with 436 filed in the last quarter.

That’s significant because there has been a growing perception that IPR levels were normalising after a very busy period between the start of 2014 and the first half of 2015.

The last six months suggest that might no longer be the case, although given that the vast majority of reviews are linked to parallel district court proceedings, a sustained drop in new lawsuits might be expected to also lead to a longer term fall in IPR filings.

While the litigation conditions for patent owners remain far more challenging than a few years ago, a number of important recent decisions from the Federal Circuit have favoured them. This may suggest that the pendulum in the US is swinging back towards stronger patent rights. If that is the case, it could encourage patent owners to be more willing to bring new lawsuits. It will be worth keeping an eye on the next quarterly numbers to see if there’s evidence of any rise. 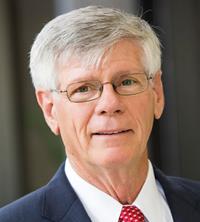