Just two years after he took the job and only a month after Nokia finally did the deal to allow it to join the very exclusive $1 billion IP licensing club, the Finnish company has announced that Ramzi Haidamus –the head of its Technologies division – is to step down. Brad Rodrigues, currently in charge of strategy and business development for the division, will assume temporary control while Nokia looks for a successor. Given the broad range of interests that Nokia Technologies covers - from a medtech business to digital media and the licensing of a 30,000-strong patent portfolio - there aren’t many senior executives who immediately spring to mind as a completely natural fit.

In a statement, Haidamus drew attention to the strength of the platform that he’s leaving behind: “What was originally a collection of interesting assets is now a focused, growing and profitable business with a strong leadership team. Given that progress, now is the right time for me to explore new opportunities to pursue my passion for building and transforming businesses.”

The unexpected nature of the announcement and the fact that there isn’t a successor waiting in the wings suggests that Haidamus’s exit plan developed quickly. When IAM spoke to him last year he certainly gave every indication of being in it for the long haul. He had cut short the two-year sabbatical he gave himself after leaving Dolby to lead one of the three main divisions that Nokia had created after selling its devices business to Microsoft. “It’s truly rare when someone says, ‘Here’s a clean sheet of paper – write the new strategy and execute,’” Haidamus said as he spoke in relation to our top 40 market makers article.

So what kind of business is he leaving behind? Well, in the most recent quarter, the results for Nokia Technologies were fairly disappointing with sales down 11% year-on-year, although the company claimed that if you exclude non-recurring items from 2015, the business would have been up 10%.

Despite that dip it must be said that Haidamus racked up a number of highlights during his time in charge. He oversaw the move into digital media and digital health with the launch of a virtual reality camera in the former and the €171 million acquisition of Withings in the latter. He also steered Nokia’s passage back into the mobile market through a brand licensing deal with HMD Global.

And then there’s the big jump in licensing revenue, thanks to a two-part agreement with Samsung. The first part, announced in February following arbitration proceedings between the two companies, largely disappointed the market, coming in under most analysts’ expectations. That was followed in July, however, by a further deal with the Korean tech giant which expanded the agreement between the two companies and which, Nokia revealed, meant that it expected patent and brand licensing revenues for this year to grow to a run rate of €950 million or more than $1 billion. That is a level that few have reached and on the most recent quarterly investor call Nokia CEO Rajeev Suri was at pains to point out that “Nokia’s IPR licensing opportunities extend well beyond Samsung”.

Those opportunities could be about to get much bigger given that the company has been busy integrating Alcatel-Lucent following a $16.6 billion acquisition – with the deal due to complete fully in October. As we have reported before, the combined business has a portfolio of more than 20,000 patents just in the US, placing it close to the top 10 largest portfolios in what remains the world’s most active licensing market.

One of the other hallmarks of Haidamus’s tenure is that under licensing head Ilkka Rahnasto, the company’s monetisation efforts have gone up a couple of gears.  That might mean that in IP terms Haidamus’s exit will not have a major impact, with Rahnasto and his team left to focus on continuing the job they are already doing. But in looking for a replacement the company could look to strengthen its monetisation bench further. One name that might feature in discussions at Nokia HQ is Laura Quatela, the former Kodak president who joined Alcatel shortly before the merger to head up the IP function with a direct report into the CEO. Given Quatela’s experience and wide knowledge of much of the portfolio, it does not take a major leap of the imagination to see her taking Haidmus’s place. We will find out soon enough presumably. 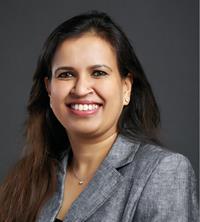