As new entrants stake out space in the auto sector, patent partnerships are the industry’s future

Automotive industry insiders admit to seeing potential new market entrants from Silicon Valley as a “competitive threat”, and say the only way to stay ahead of the game is through partnerships and collaborations between both the traditional auto players and other IP owners. These views, and many more, were expressed at IAM's recent event on IP in the auto industry, which we co-hosted with sister publication World Trademark Review at the start of this month.

Held in Detroit, the inaugural IP in the Auto Industry: Challenges and Opportunities in a Converging World took place at the Ford Motor Company Conference and Event Centre. It attracted over 130 delegates for a day’s worth of interactive, often combative sessions, and provided unique insights into the IP workings at some of the world’s biggest automobile companies. The event featured discussions on topics including the impact of new players in the auto sector, issues in the aftermarket and whether collaboration or conflict would dominate the industry's IP landscape.

A key advantage of the event was that it was hosted in the ‘birthplace of the automobile industry’, Detroit. Delegates and speakers alike talked in positive terms about Motown's recovery and resurgence in the wake of its well-publicised fiscal issues. In fact, during the first session of the day, Fred Owens, director of global patents at Harman International, spoke with passion about the challenges he has witnessed and subsequently learned from. “Here in Detroit, we are uniquely aware of outside pressures and how external forces can come in and be real competitors in our industry,” he stated. “Therefore, today, in whatever business you are in, if you have unique ‘awesomesauce’, you better have some effective IP protection to maintain and control that exclusivity.”

Owens went on to admit that “Silicon Valley is a competitive threat” to the auto sector, but insisted that the awareness of this means key figures are “trying to get in front of it” by striking partnerships. “It’s a big market and there are high barriers to entry - but companies like Apple and Google have buckets of money to enter,” he stated. “Those are external threats, but OEMs are forward-thinking, at least in the US, and are thinking about the relationships that need to be struck to stay ahead, and how to be more symbiotic.”

In fact, a recurring theme of the entire event was collaboration and partnership .This was most prominently reiterated in the session on conflict or cooperation, moderated by Jayson Pankin, the CEO of AutoHarvest. Bill Coughlin, president of Ford Global Technologies, referred many times to the advantages he had witnessed as the result of striking deals instead of taking the more aggressive option. “The ground beneath our feet is changing rapidly, and so being able to cooperate more is increasingly important,” he stated. “There will always be conflicts, of course, but the more that we can work together, the faster we are able to bring products and services to customers that they want and need.” Coughlin went on to say that the “one thing that has held our industry back is being willing to license-in technology”, expanding that: “There has been a hesitancy there that is basically hurting the entire auto industry. We need to avoid taking the Daffy Duck approach to IP - of ‘it’s mine all mine!’ - but be open to collaboration.”

The spirit of collaboration swept over the second session so much that a deal may have been struck live on stage. Jin Kim, senior director, business development at aerospace and building-systems manufacturer at United Technologies, opened by complimenting partnerships he has struck with Ford in the past, claiming that “Coughlin is the Henry Kissinger of the IP industry - if you can’t do a deal with him, it’s your fault”. He subsequently talked up United’s drone-related patents and how cooperation with the auto industry could help improve the technology for self-driving cars. “We created an autopilot for drones around 10 years ago, and today it is one of the most used military drones or flight controllers within the military. In short, it is the software that controls the direction of drones,” Kim explained. “We then developed that software to fly a helicopter autonomously, and worked with a partner to create a helicopter that pilots itself. Now, of course, in the automotive space, there have been recent developments in the technology of self-driving cars. It would be great if we struck partnerships to bring what we have learnt in the autonomous 3D space to what they know in the autonomous 2D space - bringing the sensors and software intelligence from the sky to the street, and vice versa. It would be a natural fit, and while no money is exchanged, this sharing of IP would be advantageous for both sides.” Then, to the surprise of the panel, Coughlin - maybe still chuffed by the Kissinger comparison - stated that “it would be good to work on that”, with Kim joking that the audience should await the news of this new IP deal in coming weeks.

Of course, there was also acknowledgement of the increasingly competitive auto environment, especially with Californian companies like Tesla and Google (and Apple, if the rumours are true) developing technology that is already transforming the industry. Kim conceded that there could “a new patent war with autonomy or battery technology, which once again highlights the value that patents have”. But the session ended on the same theme, with Nick Psyhogeos, president of Microsoft Technology Licensing, concluding: “The distance between Detroit and Silicon Valley is closing, and events like this mean we can share different perspectives and it ultimately draws us closer. The sooner we appreciate that collaboration is the path to innovation, the better we are serving our companies.”

While there was plenty of conciliatory talk during the event, with many of the auto industry players in attendance seemingly keen to distance the sector from those perceived to treat patents more like weapons, things may be a little different away from a conference hall. Time will tell whether a light-touch approach will stick as more new entrants enter the auto market and challenge the dominance of many of the heritage brands.

You can find out more about  IP in the Auto Industry: Challenges and Opportunities in a Converging World by visiting the event’s website – and stay tuned, as there are plans for another next year. 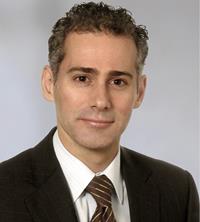