IAM’s second Software IP event, held in San Francisco earlier this week, threw the spotlight on some of the hottest topics facing IP executives in the sector over the last few years, including the patentability of software globally, open source and monetising assets in the space.

The first panel tackled patent eligible subject matter and included in-house counsel from Facebook, Alibaba and Amadeus, the law firms Lung Tin from China and the UK’s Haseltine Lake, as well as John Cabeca, the director of the USPTO’s Silicon Valley office, who updated delegates on what could be a highly significant change for patent owners in the US.

It’s no secret that the USPTO has a new guidance package in the works on patent eligible subject matter, which has implications for all sectors not just software. In September, at the Intellectual Property Owners Association’s annual meeting, PTO Director Andrei Iancu offered a preview of the changes focusing in particular on what constitutes an abstract idea and where they might be patentable.

At our software event, Cabeca was able to offer his own view of the proposed changes and how they evolved — although he remained tight lipped on the finer details. “One of the things we did was take a close look at all of the body of case law and really tried to determine the way to stop the conflation, to basically categorise the conditions of patentability which would be 102, 103 and 112, from subject matter eligibility determinations,” he commented. That may help reduce criticism from some patent owners that an overly broad application of section 101 in determining validity has led to district courts deeming many grants to be unpatentable.

As Iancu explained in his PTO speech and Cabeca reiterated, the guidance places abstract ideas into three different categories which, the PTO’s Silicon Valley head said, “come from court decisions since and prior to the Alice decision”.

While the market is yet to see the guidance in full, Cabeca predicted that the package of reforms would have a big impact on the patentability landscape. “I fully expect there to be fewer 101 rejections after the guidance has been issued,” he said. This would undoubtedly be welcome news for some beleaguered rights owners.

While some sectors, such as medical diagnostics, struggle with section 101, many software patent owners have welcomed the recent evolution of the relevant case law, particularly as the Court of Appeals for the Federal Circuit (CAFC) has interpreted and added more detail to the Supreme Court’s decision in Alice.

That’s just one way in which the sector can sometimes appear out of step with other parts of the patent market. Another was highlighted by a second panel which looked at the complex relationship between open source and patents. Patrick McBride, Red Hat’s senior director of patents, explained why many developers continue to have a problem with the patent world.

“The typical open source developer is someone who is project focused and they often identify more with the project they’re working on than their own employer,” he explained. Real innovation, McBride added, often happens in those projects in collaboration with people from other companies who can be resistant to the very idea of broad IP rights governing their work. “Software developers are often anti-patent and open source developers are even more so,” he explained. Quite how that view of the world will survive contact with IBM - should Big Blue's proposed purchase of Red Hat go through - remains to be seen!

The spectre of 101 and the Supreme Court’s recent jurisprudence then returned with a session on the monetisation of software patents. While many in the licensing community have bemoaned the impact of Alice, Seth Northrop of Fortress’s IP group offered a something of a counterview as he highlighted the effect that the decision has had in washing out some of the poorer quality grants from the system.

“I think the negative impact of Alice might be overplayed — it helped get rid of some really bad patents and is cleaning up the system a little bit,” he insisted. A good quality patent is going to have value, Northrop pointed out, and as a monetiser the more you can distinguish it from poorer quality grants the better you will be. “Clearly, given the amount of money we have in play, we’re bullish on software patents,” he added. 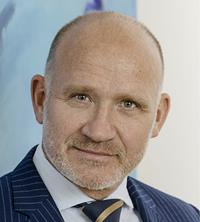