Microsoft has announced the launch of a Shared Innovation Initiative which will help govern the company’s approach to co-created technology and the IP that arise from customer collaborations.

The move is further evidence of the emphasis the company is increasingly placing on win-win deals across the breadth of its business, including its IP group.

The initiative is based around seven principles which the company will adhere to in its collaboraitons with customers. Writing in a blog post Microsoft President Brad Smith said that these are “designed to address co-created technology and IP issues that give customers clarity and confidence regarding their work with Microsoft”.

The seven principles are:

From a patent standpoint the tech giant makes clear that its customers will own any patents and industrial design rights that result from shared innovation work. The software giant will then receive a licence back to that IP, but it will be limited to improving its platform technologies.

Microsoft has also underlined its still relatively recent open source credentials by committing, with its customer’s permission, to making source code created in any shared innovation available to the open source platform that their customer is licensed to use.

As part of the new principles, the company also insists that it will “work with customers to ensure transparency and clarity on all IP issues as the shared innovation project moves forward”. As Smith writes: “We’re committed to well-organised and defined processes that ensure that our customers always have clear and complete information.”

Convergence means that companies from disparate sectors who might have made unlikely bedfellows a few decades ago are increasingly entering into partnerships to develop new technologies.

Smith explains that this can throw up some questions around IP: “There is growing concern that without an approach that ensures that customers own key patents to their new solutions, tech companies will use the knowledge to enter their customer’s market and compete against them – perhaps even using the IP that customers helped create."

Although the blog doesn’t single out any specific industries, the auto sector has seen an influx of new entrants in areas like autonomous vehicles leaving many incumbent manufacturers to wonder whether the newcomers should be seen as friend or foe.

Microsoft’s announcement is clearly designed to reassure incumbents who may feel increasingly threatened by Big Tech's encroachment that it should be seen, as much as possible, as less of a threat.

Over the last few years the Microsoft IP group has repeatedly demonstrated its embrace of the company’s more collaborative approach to business, such as in its 2016 deal with Xiaomi and, more recently, with the launch of the Microsoft Azure IP Advantage programme.

The new initiative clearly serves as a very powerful marketing message, but it also highlights the degree to which Microsoft’s evolution has taken hold, so that while it remains firmly focused on its own bottom line, it recognises that growth can come as much from collaborative relationships as from market competition.

As Smith concludes in his post: “We believe this initiative and these principles offer a path that will ensure that the co-creation of digital technologies creates new economic value to companies throughout the economy and around world, rather than for just a few select companies in the tech sector.”

There are perennial Microsoft knockers who will inevitably view this latest move as nothing but a stunt. More considered market watchers, though, will recognise that the Shared Innovation Initiative is another major step away from the culture that pertained at the company until relatively recently. As a world class IP business, where Microsoft leads others are bound to follow. The old days of see-you-court, stick licensing are passing. New models are emerging. For those who believe that patents and other forms of IP are prime corporate assets, capable of creating immense value, this can only be very good news indeed. 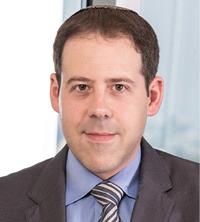