Microsoft expands Azure IP Advantage to China, where it may be an even more unique offering

Last week, Microsoft announced that the suite of IP protections it offers cloud customers will become available in China for the first time beginning on 1st October. In a blog post, corporate vice president and chief IP counsel Erich Andersen confirmed that users of the Microsoft Azure cloud platform in the country will soon enjoy the same IP benefits as clients in the rest of the world. The programme could have particular appeal for Chinese users,who are operating in an environment in which patent litigation is booming and indemnity is largely unknown.

There are three key components to the Azure IP Advantage programme, which was rolled out back in February. First, the company’s uncapped indemnification policy was expanded to cover open source technologies; second, 10,000 Microsoft patents have been made available to customers for deterrent and defensive purposes; and finally, Azure customers can receive a ‘springing licence’ should Microsoft ever transfer patents to an NPE.

But the fine print noted that Azure IP Advantage was not yet available in China. Azure services in the country are operated by a Beijing-based company called 21Vianet, an independent entity. The unique arrangement meant a couple of extra hoops to jump through before the programme could take effect. But it will do just that at the start of next month, so from then on the Azure IP offering will be identical across all of the product’s international markets.

In analysing the significance of Azure IP Advantage, IAM has noted that Microsoft’s terms differ greatly from those offered by its chief rival Amazon Web Services (AWS). In a guest blog, former Microsoft chief patent counsel Bart Eppenauer surveyed the new provisions of the Azure programme and then concluded: “Amazon offers none of these benefits – and here is the amazing part: it continues to insist that customers license their IP back to Amazon and all other AWS customers simply for the privilege of using AWS.” Amazon has since changed the terms and conditions under which AWS operates.

While Microsoft is a distant second to AWS in the global cloud market, its position is somewhat different China, where it has a stable of domestic players to compete with. A 2016 report by CCID Consulting pegged Alibaba Cloud as by far the biggest player, with around 31% market share. Two Chinese companies – Tencent Cloud and Kysun – are next up, followed by Azure with a 6.2% share and AWS China with 3.6%.

But there are indications that Azure’s IP protection offering is potentially even more unique in the China market. According to reporting this week in the 21st Century Business Herald, Alibaba Cloud does not currently provide any patent litigation indemnification. It also states that Amazon does not offer any indemnification in the Chinese market, though it does so in other places. If these are true, then the expansion of Azure IP Advantage into China may well prompt both companies, not to mention Tencent and Kysun, to re-think what they can offer customers in the IP realm.

The 10,000 strong ‘patent pick’ programme may be particularly enticing. The company tells IAM that the current patent list includes 798 Chinese grants and applications. The Azure programme might also appeal to Chinese companies that don’t necessarily have the resources to make major third-party portfolio acquisitions. For a local firm trying to fend off infringement suits by domestic competitors (a booming category of litigation), having Microsoft in its corner could be a powerful deterrent effect. 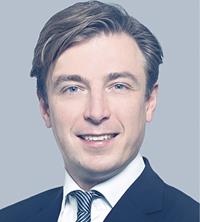