Mark Kokes has left BlackBerry and is no longer its senior vice president of intellectual property, licensing & standards, IAM has learned. In a sudden move, Kokes departed in mid-August and is not thought to have taken another position. For its part, BlackBerry does not seem to have appointed a direct replacement. In a recent press release announcing that Timex had entered into a patent-based agreement with the company, reaction from BlackBerry came from senior director of intellectual property licensing, Jerald Gnuschke.

Kokes is the third big name corporate IP departure in the space of just a month, following Allen Lo’s move from Google to Facebook and Brian Hinman’s decision to leave Philips.

A non-lawyer with an engineering background, as well as the holder of six granted patents, Kokes joined BlackBerry in June 2014 from InterTrust. After a year spent largely on strategic planning and internal reorganisation, including building a transactions team from scratch, he made his first big splash in June 2015, when BlackBerry announced a royalty-bearing licence deal with Cisco. Others with Canon and International Game Technology arrived soon afterwards, as did the company’s first forays into the courts – with a suit launched against Avaya in Texas in July 2016, followed by others against the likes of Nokia and BLU. On the sales side, meanwhile, patents were transferred to Centerbridge Partners and Chinese mobile company Oppo, among others.

BlackBerry CEO John Chen has made clear that he sees the company’s IP as central to its future success – identifying licensing income, in particular, as an important revenue stream. Chen was closely involved in Kokes's appointment and although Kokes reported directly to Sandeep Chennakeshu, the president of Blackberry Technology Solutions, he also enjoyed regular interaction with Chen, so his sudden departure is not only something of a surprise, but is also a pretty big deal. It may indicate that the two had something of a falling out – though that is only speculation.

Speaking to IAM earlier in the year, Kokes said he had a clear brief. “My mandate is a simple one: monetise the BlackBerry portfolio using every means possible. That’s pretty far-reaching.” Whether that strategy will survive his departure remains to be seen. 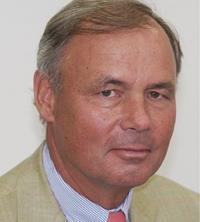