US patent litigation continued its slide in the first half of 2018 with 1,660 new suits filed, a 15% drop from the first six months of 2017.
The data, which was released late yesterday by Unified Patents, suggests that infringement cases are in long-term decline from their most recent high in 2015. That is a reflection of the much tougher legal climate that patent owners now face in bringing cases in the US as their IP runs the possible gauntlet of challenges over patent eligible subject matter in district court and inter partes review (IPR) at the Patent Trial and Appeal Board (PTAB).
If the trend from the first half continues then Unified estimates that the total number of new cases in 2018 would be 3,320, which would be a decline on 2017 when 3,657 new suits were filed and almost half of the more than 6,000 cases brought in 2013 (the record high). Unified has a habit of putting out its litigation stats early and seeing as we haven’t quite reached the end of June the final numbers for the first half might tick up slightly but the overall trends are clear.
While the decline in district court litigation has been apparent for the last couple of years, Unified’s latest data suggests that we’re now also seeing a corresponding fall in cases at the PTAB. In the first half of this year, 781 post-issuance reviews were filed down from 1,037 in the first six months of 2017 although broadly in line with the 759 reviews filed in the second half of last year.
Given that IPRs are often filed in parallel with district court litigation it’s not surprising that they should drop as the number of infringement suits falls but there appears to have been a lag as the falls in district court litigation in 2016 and 2017 did not see corresponding declines at the PTAB. Unified estimates that 1,562 reviews will be filed this year, down from 1,796 in 2017.
What is not year clear is how those numbers are likely to be affected by the recent Supreme Court decision in SAS Institute and its implementation by the PTAB. In SAS the court ruled that when a review is instituted the board must assess the validity of all challenged claims not a select few. The USPTO has announced that not only will it review post-institution all of the claims that are challenged in an IPR but also all of the grounds raised by the petitioner.
Another area of interest in the Unified numbers is that they show that the gap between the number of suits brought by NPEs and the number brought by non-NPEs has narrowed significantly.
Non-NPEs brought 814 new cases in the first half compared with 846 lawsuits filed by NPEs. NPE litigation has been dropping for some time but the 404 cases that they filed in the first quarter of this year is well below recent levels. Unified estimates that NPEs will file 1,692 cases overall in 2018 compared with 1,628 non-NPE suits which would be a significant shift on recent years when NPEs have dominated new filings.
While they remain very active in the high-tech space, accounting for the vast majority of new cases filed in that sector, Unified’s numbers do reflect the much-reduced threat that companies now face from NPEs. While there are some signs that conditions in the US are improving for patent owners, it doesn’t appear that we’re going to see a return anytime soon to the sky-high litigation rates of just a few years ago. 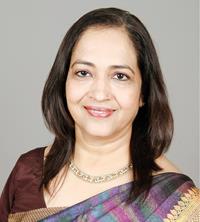