Lex Machina report confirms what we all know: it’s tough being a patent plaintiff in the US these days

Lex Machina released its patent litigation in review 2015 earlier this week and many of the headline numbers from the data provider’s annual deep dive are fairly well known by now.

We know that new cases in the US were back up again last year, not hitting the heights of 2013 but still the second busiest on record. We also know that activity in November was unprecedented thanks to new, tougher pleading standards coming into effect in December. And it has also been widely reported that even by its standards it was a standout year for the Eastern District of Texas, where almost 44% of new cases were filed, and East Texas judge Rodney Gilstrap, who chalked up an incredible 1686 new lawsuits.

As ever with this report, however, it is the depth and context that Lex Machina adds where the real value lies. Samsung Electronics America, for instance, took top spot as defendant ranked by new cases with 64 suits filed against. It claimed the mantle from Apple which slipped to second place with 57. Lex Machina distinguishes between Samsung’s different subsidiaries, but in contrast to last year when three different branches of the Korean conglomerate made the defendant list, it is just the US electronics business that makes it this year.

Among the plaintiffs, eDekka held on to the top spot with 101 cases (it filed 130 cases in 2014) although it suffered a significant blow last year when Judge Gilstrap knocked out 168 of its cases on the grounds that the patent was invalid under the Supreme Court’s Alice decision.

The ongoing impact that that decision is having on invalidity is another key part of Lex Machina’s report. According to its numbers, the first and third quarters of last year both saw 44 patents invalidated by the courts on 101 grounds – the part of the patent statute that relates to patent eligible subject matter. The second and fourth quarters saw fewer patents invalidated under 101 with 16 and 23 respectively, but those are still historically high numbers.

The report puts those numbers in the context of invalidity decisions under the other parts of the statute that relate to patentability – sections 102, 103 and 112. Whereas before Alice invalidity rulings under section 101 were rarely the most common, they have now come to dominate. The Alice decision has effectively turned US patent law on its head transforming 101 from a relatively easy hurdle for most patents to clear, to an increasingly tough one.

Lex Machina’s analysis also includes some interesting data on settlement rates. Between 2009 and 2014 73.2% of terminated cases settled, last year it increased to 76.7%. The report doesn’t look at the reasons although one obvious cause could be the continued impact of inter partes reviews which look to be driving earlier settlements in patent lawsuits.

IPRs are now generally seen as part of what has become a much tougher climate for patent owners in the US and that is further highlighted by Lex Machina’s data on claimant wins. According to the report, of the cases that terminated between 2009 and 2014, 6.9% resulted in a claimant win with defendants triumphing in 4.3% of cases. Last year that was reversed as claimants won in 3.7% of cases with defendants at 4.2%. When you put all of Lex Machina’s findings together they all point to a very different climate for most patent owners in the US. 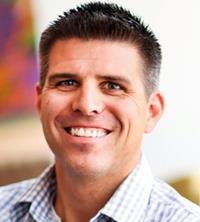