This blog has been updated as we have now had confirmation that Joshua McGuire has left LeEco.

It’s all happening at China’s latest high-tech darling LeEco - one of the country's fastest growing brands. Recently, it has pulled off a series of apparent coups as it continues to shore up its IP credentials ahead of expansion at home and abroad. But it also seems that one high-profile name has left the company after a matter of months.

Randall Rader, former chief judge of the US Court of Appeals for the Federal Circuit and one of the world’s most renowned IP jurists, signed a “strategic cooperative agreement” with LeEco while visiting the company’s headquarters in Beijing, according to a report yesterday from Beijing-based IP agents firm Sanyou.

Speaking to IAM, a spokesperson for LeEco’s IP department confirmed that Rader will be formally collaborating with the firm, but could not give further details; so, we’ll have to wait for more information on his role. When Rader quit the CAFC back in June 2014, China, and the Asia-Pacific region more broadly, featured significantly in his post-retirement plans. What exactly he will bring to the company isn't clear. Perhaps his participation points to a belief on the part of LeEco management that they could potentially be involved in a lot of litigation once they enter the US market in earnest. Alternatively (or additionally), Rader is well-known as an IP teacher, so could be working with LeEco IP personnel to bring them up to speed with key international issues and doing in-depth training.

In any case, what is obvious is that having a name like Rader’s on board will certainly be seen by many as a triumph for LeEco, demonstrating that the company is serious about IP and giving the impression that it is in a different bracket to its compatriots when it comes to patent strategy.

But as Rader arrives, another senior IP figure leaves. Joshua McGuire was hired by LeEco in a blaze of glory only four months ago to head up its US legal function, but he has confirmed to IAM that he is no longer with the company. McGuire had previously been senior patent counsel at Google, where he was responsible for its Android and mobile patent strategy, and had played a key role in its 2011 acquisition of Motorola Mobility. Beyond confirming his departure, McGuire was not willing to make any other comment. LeEco has not responded to IAM enquiries about the matter.

Despite this apparent setback, LeEco has continued to buttress its IP position for its global expansion plans. Last month, the company acquired a controlling 29% stake in Shenzhen-based wireless device maker Coolpad Group, promising to try to turn around its waning fortunes in the smartphone market. As a result of the purchase, LeEco founder and CEO Jia Yueting took over as Coolpad's chairman, while LeEco vice chairman Liu Hong became its vice president and executive director. Liu Jianfeng, former president of Huawei’s consumer business unit, has been brought in as CEO.

A LeEco takeover of Coolpad – also known as Yulong – had been rumoured for some time, particularly following a bust-up between the latter and joint venture partner Qihoo 360 over LeEco’s growing interest in the firm. As IAM reported at the time, access to Coolpad’s substantial patent portfolio seemed to be high on the agenda for both LeTV (as LeEco was then known) and Qihoo. According to a report from Tech In Asia published in March last year, Coolpad’s portfolio was way ahead of those of key domestic rivals Xiaomi and Oppo, at least in terms of Chinese patent applications and grants.

News stories on the Coolpad buyout also mention its patents, with estimates for asset numbers ranging between 5,000 and 11,000. The LeEco spokesperson told me that Coolpad’s portfolio consists of around 10,000 issued patents and applications – presumably, this refers to a global total of all equivalents, dominated by Chinese rights, rather than families – covering technologies including LTE, SIM, operating systems, data security and cloud computing. The spokesperson explained that these areas are seen to complement LeEco’s own portfolio of over 10,000 patents and applications relating to CDLA, multi-channel streaming and voice recognition, among other areas. The hope would seem to be that the combined patent coverage of both companies will provide ample freedom to operate as they set about partnering on smartphones and other internet-connected products. When asked if Coolpad’s patent portfolio was a major deciding factor in acquiring control of the company, the LeEco spokesperson confirmed that “it’s one of the most significant elements”.

While China’s importance as a patent jurisdiction is on the up, it is LeEco's US portfolio that is likely to be of greater concern to the Chinese company as it realises its big plans for expansion into new markets. A quick search of the USPTO database and others indicates very few patents in the name of LeEco or any of its known aliases, including Leshi and LeTV. However, the LeEco spokesperson confirmed that the company currently has around 1,000 US patent applications pending. That hardly any of these appear to have been published as of yet is probably indicative of how recently they have been filed. 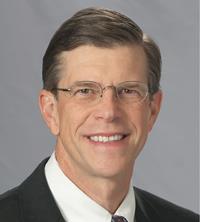