As Korean companies seek more bang for their patent buck, licensing worries come to the fore

There is a definite trend toward Korean entities of varying stripes taking the initiative in patent monetisation campaigns. In recent months, two educational institutions – the Korea Advanced Institute of Science and Technology (KAIST) and Sungkyunkwan University – launched their first patent infringement actions in the United States. LG Electronics did the same, although it has a somewhat longer history of working with third parties to enforce its rights. But at IPBC Korea, hosted by IAM in Seoul last Friday, monetisation was in the background, with Korean corporates focused instead on management techniques that could help them pursue a more strategic approach to intellectual property.

In terms of elevating IP to a place of importance in the corporate structure, LG Electronics’ vice president and head of IP licensing Joo Sup Kim said that the approach in Korea is mixed: “Absolutely the IP Centre comes under the CEO at LG Electronics; but when it comes to other companies, this concept is somewhat 50-50.” Kim suggested that the companies which face the direst legal risks from potential patent actions are also those that pay attention to IP strategy at the board level: “We’re a top five global defendant in patent infringement cases, and everybody knows that. So decisions have to be taken at a high level in view of the business risks to the company”.

Changhae Park of NXP Semiconductor added that simply liberating the IP function from the legal department was only a first step, and in some cases was fraught with challenges of its own: “Being exposed directly to the CEO is nice visibility”, Park cautioned, “But what comes with it is constant pressure from the highest level to deliver numbers that you sometimes don’t think you can meet.”

Something else that’s particularly relevant to Korean corporates given their important status in the global supply chain is the thorny issue of what to do when enforcing IP rights comes into conflict with keeping customers happy. Panellists including Park, Technicolor’s Deirdre Leane and AT&T’s Scott Taylor agreed that one of the worst conversations a head of IP can have is when the CEO wants to a know why a major customer has been sued with current or former patents. As Korean companies continue to be more active in the sales market, including in NPE deals, that’s something they are going to have to increasingly keep in mind. It may also mean pointing out uncomfortable hard truths to CEOs who are pushing for those high returns Park cautioned about - potentially a big cultural challenge in the kind of corporate hierarchies prevalent in so many Korean businesses.

On the buy side, Kim noted that targeted acquisitions can help address the intense licensing pressures that many Korean corporates face. In a case where LG Electronics “didn’t have a good defense” to a counterparty’s infringement claim, Kim stated that an investigation of the competitor’s business turned up an opportunity to buy third party patents that read on the company’s technology in a different field. “We purchased those patents and used them as a counterclaim, and it was a successful experience,” Kim said.

One thing the recent monetisation campaigns by LG, KAIST and Sungkyunkwan University have in common with earlier efforts by compatriots ETRI and Intellectual Discovery is that they are centred on US patent litigation. But IPBC Korea delegates heard about the growing importance of both Europe and China as venues. The EPO’s principal director for information and communications technology Grant Philpott gave a keynote presentation which placed significant emphasis on software patents, an area of the law that is generating significant regional differences in approach. His colleague Reinoud Hesper followed up with a deep dive on what Korean companies can expect from the Unitary Patent and Unified Patent Court.

Developments closer to home, in China, have set some alarm bells ringing in Korean boardrooms. Jin Hyun Kim of LG Innotek was able to share the insights from a company that already has significant experience in Chinese court. The Korean parts-maker has already notched two victories at the Beijing IP Court against Japanese rival Nidec. Kim said that Huawei’s $11.6m judgment against Samsung in China exemplified the risk to Korean companies in China, adding that he expects award amounts to climb significantly in the near future. But LG Innotek’s own experience shows that China also provides a good opportunity for prepared Korean plaintiffs to take the initiative in infringement battles. We just haven’t seen many signs that others will follow LG Innotek’s lead. 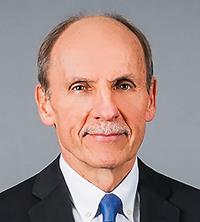