Microsoft is attempting to retrieve hundreds of millions of dollars from South Korean authorities after claiming that it has been overcharged for taxes levied on patent licence fees it receives from Korean companies, according to reports. With the country’s deficit in payments for use of IP rights running into the billions, other big-time foreign patent holders may also have a case for double-checking their licensing-related tax bills.

Korean newswire Pulse recently reported that Microsoft had filed a claim with the country’s internal revenue services requesting the return of 600 billion won ($533.1 million) in corporate taxes it had been charged on patent licence fees and royalties paid to it by Korean businesses. The US company argued that it had been taxed on licences relating to patents covering jurisdictions other than South Korea, when the government of that country should only be able to collect revenue on patents applied for and issued domestically.

Many - perhaps even the majority - of patents that are licensed to Korean entities by foreign rights holders are likely to lack Korea-issued family members, simply because the jurisdiction is not seen as important a place to file as, for example, the United States or Europe. Likewise, it is outside of their home country where Korea's largest tech companies generate most of their revenue - and it is these business activities that are the main focus of third-party patent owners' licensing programmes.

Pulse further reported that a local court has ruled that Korea has no authority of taxation over Microsoft with regards to Korean companies’ payments for patents owned by the software giant’s US business. Moreover, the US company’s claim comes in the wake of several similar cases over taxation of licensing income brought by patent owners including US NPE Saxon Innovations and domestic champion Samsung Electronics, in which local courts ruled in favour of the plaintiffs. Of seven such lawsuits, Pulse reports that five were eventually heard by the Korean Supreme Court.

Sources familiar with the matter have confirmed to IAM that Microsoft is requesting the return of money from the relevant authorities on the basis that it has been improperly taxed on licence revenue relating to non-Korean patents. They also highlighted the outcomes of three cases heard by the Korean Supreme Court in late 2014, involving US entities Evident Technologies, Semiconductor Components Industries (a subsidiary of ON Semiconductor) and e.Digital Corporation, as likely being influential in Microsoft’s decision to pursue its claim.

All this being accurate, it is highly probable that Microsoft is far from the only foreign patent licensor that may have been overcharged by the Korean taxman. The country is highly dependent on foreign IP; its balance of payments for IP usage has remained firmly in the red since its central bank began records in 2010, despite the massive investments being made by Korean companies and research institutions in R&D and patenting.

Microsoft is thought to have made over $1 billion in patent licence payments from Samsung Electronics alone, just in 2013; while its compatriot Qualcomm is rumoured to have been paid upwards of $9 billion in licence fees by the same company between 2010 and 2014. Samsung has also paid out significant sums to a whole host of other patent owners. The Korean company remained the world’s leading smartphone vendor in 2015, hinting at the significance of the potential pay-off for those that successfully license their patents to it.

Other major Korean corporates are also likely to be spending big on patent licences. This just goes to illustrate the possible extent of the overtaxation; and patent owners that license their assets in South Korea may want to take another glance at their tax bills. 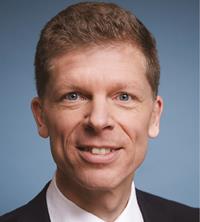