Intellectual Ventures is winding down the buying period for its third fund, effectively taking the licensing giant off the market for patent acquisitions. The move, which was announced internally today, will see the NPE focus on monetising its existing assets either through its own assertion programmes or via sales. It will also continue to work on the invention side of the business and the creation of spin out companies based around IV inventions.

According to Cory Van Arsdale, IV’s senior vice president of global licensing, the decision was driven by the firm's primary investors, among which are a number of the world’s largest tech companies, including Microsoft and Sony. “Given changing priorities in tech and IP, it makes sense to move this fund to monetisation now and end the acquisition period. The fund has several thousand valuable assets,” he commented, adding that the performance of the fund had been “pretty good”. There have been a small number of layoffs in connection with the announcement - fewer than five personnel had been affected, Van Arsdale confirmed.

Fund III has been in existence for around three years and has acquired well over 3,000 assets. The typical buying period for an IV fund is around five or six years with the remaining 15 years of each fund’s lifecycle scheduled for monetisation. Fund III reportedly struggled to raise money from previous investors (some of whom, if rumours are correct, only finally came on board when offered the opportunity to exercise break clauses two or three years in), and it’s fair to say that IV is now some years removed from its patent-buying pomp. It has, though, remained a considerable force. Recent research from Richardson Oliver Law Group found that the firm was one of the leaders for patent acquisitions for the fourth quarter last year.

But while the firm had been buying it had also been divesting. Over the last couple of years, as the assertion market has changed and the general climate has become much tougher, IV has increased its rate of sales. Van Arsdale revealed that this is now likely to pick up across all four funds the firm controls. “It wouldn’t surprise me if, by the end of the year, we’re doing more than one sale a week,” he stated.

Earlier this year, IV announced the transfer of more than 4,000 former Kodak patents to Dominion Harbor and it has made a number of disposals to other monetisation entities, including Equitable IP. Most, if not all, of those deals have involved some cash upfront with IV then receiving a portion of future licensing revenues. The popularity of these privateering-style deals, Van Arsdale explained, had fundamentally changed the landscape, giving large IP-owning businesses such as IV the opportunity to monetise their assets through a network of other licensing entities. “Sales have turned into variations of licensing programmes,” Van Arsdale remarked. He pointed to a recent deal with Rovi (now known as TiVo) which saw some patents change hands and the responsibility for licensing part of IV's portfolio handed over to the TV guide and technology business.

Van Arsdale said there were no plans to raise another fund. “The market is not right at the moment for the type of fund we set up in the past although that’s not to say we won’t come up with a different model,” he explained. But despite this, Van Arsdale highlighted that current buying conditions are attractive as prices remain depressed. “There’s a huge market right now for purchasing patents but there’s not a huge market for the value seen in the aggregation of patents,” he said. “That’s changed with the current pressure around software patent owners and patent owners generally.”

It has been clear for some time that the way some IV investors now look to leverage their IP has changed significantly from when the Bellevue, Washington-based firm was dominating the patent deals market in the 2000s. For instance Microsoft, which was one of the earliest backers, has shifted its focus in recent years to using its patent stockpile to help establish broad relationships with other businesses that are focused on getting the software giant’s products onto more devices rather than a simple licensing return.

What's more, there is now less need for operating companies to go out and acquire patents which could otherwise end up in the hands of NPEs or competitors that might then seek to assert against them. Lack of certainty and an increasingly hostile enforcement environment have put plaintiffs in the US very much on the back foot, so making investing in and/or licensing big, aggregated portfolios a far less compelling play than was once the case.

As the climate around NPEs has become more severe, so a model that was dreamed up at the end of the 1990s seems to have run its course. With a major patent buyer withdrawing from the market, prices do not look set to rebound any time soon - something that IV itself will doubtless discover as its sales programme gathers pace.

The good news for the pioneering firm, though, is that it does remain strong on the invention side, with several high-profile patent-based spin-outs and collaborations beginning to enjoy success; while it also retains some interest in Xinova, the former Invention Development Fund that it divested last year. This kind of activity is clearly where IV sees its long-term future. That makes sense.

Patents have a defined shelf-life, operating companies do not. If successful they grow and generate investor returns over sustained periods of time, or they move to IPO for a final, big ticket pay-off. Their very existence is far less threatened by court decisions, legislative changes and regulatory actions. The IP market is evolving, so it's no surprise that IV is evolving too. 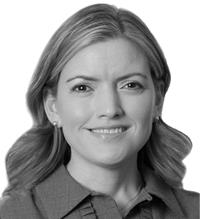