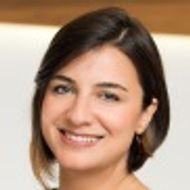 In 2000 Turkey joined the European Patent Convention (EPC). Recently, the Istanbul IP Court, evaluating a patent infringement claim filed by the patentee of a 'Swiss-type' European patent, rejected the claim on the grounds that the patent was a "medical treatment method" which should not have been registered under Article 52(4) of the EPC 1972, and therefore was null and void.

Decision
The European patent at issue was registered by the European Patent Office (EPO) on September 21 2005 (ie, before the EPC 2000 entered into force) and related to a second medical use patent disclosing a specific dosage regime.

The decision stated that the European patent, which included a Swiss-type claim, was essentially related to a medical treatment method, and methods for treatment are not patentable inventions according to Article 52(4) of the EPC 1973. However, the EPO had granted patents to such medical treatment methods relying on Decision G5/83 of the EPO Enlarged Board of Appeal, which bypassed certain EPC provisions. According to the decision, although Turkey is a party to the EPC, EPO Enlarged Board of Appeal decisions are not binding on Turkey. Therefore, the European patent at issue was considered to be related to a medical treatment method, and thus was null and void in Turkey.

The court based its approach on Decision T128/82 of the EPO Technical Board of Appeal and stated that in that decision, the board had held that "accepting that pharmaceutical use patents covered all subsequent uses, no patent should be granted to second medical use".

However, the patent at issue in Decision T128/82 was not related to a second medical use claim. The case discussed whether in such case substance claims should be acceptable without a statement of purpose limited to the disclosed mode of use. It focused on the question of whether a known chemical compound claimed for the first time for use in a pharmaceutical substance (a first medical use claim) is allowable without limiting the purpose of therapeutic use (a purpose-limited claim). Thus, Decision T128/82 cannot be used to surmise that the board rejected the concept of second medical use claims.

In Decision G5/83 the EPO Enlarged Board of Appeal stated that Article 54(5) did not intend to exclude second (and further) medical indications from patent protection.

The reasoning of the Istanbul IP Court was close to that of the Paris Tribunal de Grande Instance in Actavis v Merck (September 28 2010). The French court ruled that dosage regimen claims are medical treatment methods and are thus excluded from patentability according to Article 53(c). The Turkish court used the same arguments as the basis for its opinion that all second medical use patents and all Swiss-type claims granted under the EPC 1973 are medical treatment methods and thus are excluded from patentability under Article 52(4).

The Istanbul IP Court cited Turkish precedents which held that such patents lack novelty, as the novelty rests only in the given dosage regime. However, the court did not examine whether the invalidation conditions for European patents had been met in accordance with Article 138 of the EPC, instead considering only the legality of second or further medical use claims registered by the EPO under the EPC 1973, in accordance with Decision G5/83. The court did not even evaluate the Swiss-type nature of the patent.

Comment
The first-instance decision has been appealed and the appeal examination is pending.

However, the Istanbul IP Court's approach has already created uncertainty and weakness for second medical use claims, as the other IP courts have delayed ruling on patent infringement actions until the Court of Appeal has ruled in this case.