Inside Google’s IP battle with Uber

Google is looking to leverage different forms of intellectual property in its pending battle with Uber. As all eyes turn to the increasingly acrimonious lawsuit, is this the start of the next big IP war?

The spotlight is on autonomous vehicle technology as Uber and Waymo, a spin-out of Google parent Alphabet, head deeper into trial on a host of IP issues (Waymo LLC v Uber Technologies, Inc, CAND-3-17-cv-00939, filed February 23 2017). While the headlines conjure up Hollywood-like ideas of trade secret theft and corporate espionage, the alleged fact pattern sounds more like an IP-issue-spotting exercise for curious legal minds. If this case is emblematic of future IP battles and policy considerations in automobile tech, then it will be invaluable to observe how Google leverages various forms of intellectual property (eg, its patents, trade secrets, employment contracts and partnerships) in the self-driving industry.

At the heart of the matter is a patent lawsuit alleging that Uber is infringing four patents assigned to Google, Inc related to light detection and ranging (LiDAR) technology which uses rotating laser beams and detectors to identify the shape, structure and distance of objects and features around a car. Waymo – formerly the Google Self-Driving Car Project – is an autonomous car development company owned by Alphabet Inc.

Google has identified a so-called ‘smoking gun’ in the form of an email chain, inadvertently copied to Waymo, sent from one of its LiDAR component vendors. The email is said to include machine drawings of an Uber-labelled circuit board which Google believes “bears a striking resemblance to Waymo’s own highly confidential and proprietary design” and allegedly demonstrates that “Uber’s LiDAR systems infringe multiple LiDAR technology patents awarded to Waymo”.

Waymo also believes that Anthony Levandowski, an engineer and former manager in Google’s self-driving car division, downloaded nearly 14,000 documents – allegedly including about 10 gigabytes of confidential files and designs for Waymo’s LiDAR – before leaving to start his own company, Otto, which retrofits long-haul trucks for self-driving. Otto was acquired by Uber for $680 million in August 2016, less than a year after being founded. Levandowski is now a vice president at Uber, running Otto separately from his Uber duties.

Waymo asserts causes of action against Uber and Otto, including four counts of patent infringement, violations of the Defence of Trade Secrets Act and the California Uniform Trade Secret Act, and allegations of unlawful, unfair and fraudulent business acts under California’s Unfair Competition Law.

Waymo recently asserted that depositions revealed a joint defence agreement, from when Uber first acquired Otto, indicating that the two companies anticipated the lawsuit. Waymo also suggests that Uber is part of a cover-up and hid a second device revealed only during the deposition of one of Uber’s engineers. Waymo requested an injunction against all of Uber’s self-driving testing, but was denied on May 15.

Uber, concerned about publicity, asked the judge to direct the matter to arbitration. Waymo had previously filed two arbitration demands against Levandowski in October 2016, alleging breach of confidentiality and employment agreements. On May 11, the court ruled against Uber’s motion to compel arbitration and, separately, ordered referral of the case to the US attorney for investigation.

Waymo’s recent filings appear to be getting more personal for Levandowski, especially considering reports that he earned $120 million while working for Google. Waymo successfully asked for an injunction to quarantine Levandowski from Uber’s LiDAR team. Earlier in discovery, in the apparent hope of limiting the production of Uber’s due diligence on Otto, Levandowski asserted his Fifth Amendment rights to protect the documents. The court ruled in Waymo’s favour, but Levandowski has filed an emergency appeal with the Ninth Circuit. While some of these tactics might be a part of trial strategy, many believe that the lawsuit is a vehicle for deterring future poaching of Google employees, especially with regard to self-driving technology.

As Google’s ubiquity becomes a topic of national discussion, Waymo’s lawsuit against Uber and Otto underlines Alphabet’s commitment to leading in the self-driving auto industry. For instance, Google’s strategy of dominating ride sharing may depend on self-driving tech to beat Uber on costs, convenience and safety. Uber recently publicised the addition of Pittsburgh to its handful of test cities for self-driving vehicles, while Waymo just announced sign-ups for autonomous minivan rides in the Phoenix metropolitan area.

The allegations against Uber and Levandowski feel personal and both sides should bear in mind the lawsuit’s potential to affect one of their most valuable forms of intellectual property: goodwill. Neither Google nor Uber appears ready to back down; if these filings are the opening salvo of the next big IP war, the autonomous vehicle industry may see many accompanying battles over patents, trade secrets, data theft, employee contracts and partnerships. 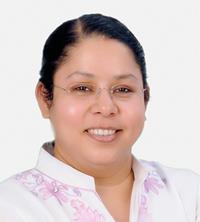