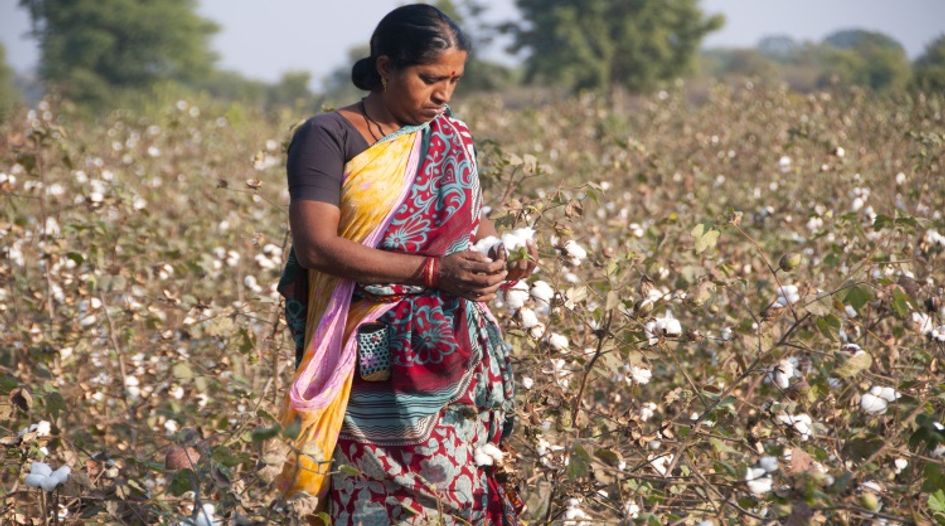 A much-anticipated decision of the Indian Supreme Court in a case involving cotton technology patents owned by Monsanto has not answered the technical issues at stake, but has provided a lot more clarity about how the country's judges should handle such complex suits, writes K&S Partners’ Deepa K Tiku

On 8th January, the Supreme Court of India (India’s highest court) ruled in favour of Monsanto in the much discussed Monsanto Technology v Nuziveedu Seeds Ltd case. Monsanto had challenged the April 2018 order of a two-judge bench (DB) of the Delhi High Court (DHC) which had revoked Monsanto’s Indian patent covering the Bt-Cotton technology without any expert evidence at trial.

The Supreme Court held that given the complex nature of the case, the DB was wrong in revoking the patent without testing it at trial. The case has thus been returned to a single judge of the DHC for trial. All the issues of fact and law have been kept open for consideration in the proceedings before the court.

While a lot has already been reported (and misreported) on this judgment, it is worth examining what this order implies in general for the emerging IP jurisprudence in India. But before that, a brief look at the facts leading up to this judgment:

Monsanto’s patent (Indian patent number 214436) covered the nucleic acid construct encoding a Cry2b Bacillus thuringiensis endotoxin protein (or simply the Bt-gene) and a method for producing a transgenic plant having the Bt-gene which had pest-resistant properties for several plants including cotton. In March 2002, India approved the genetically modified Bt-cotton for commercial cultivation. This revolutionised cotton farming in the country, with farmers opting for Bt-cotton as against the conventional cotton seeds which are prone to bollworm, an insect which loves feeding on cotton leaves.

Monsanto entered into a sub-­licence agreement in 2004 with the defendants for an initial period of 10 years, further extended by another year in 2014. The agreement entitled the defendants to develop and commercialise “Genetically Modified Hybrid Cotton Planting Seeds” with the help of Monsanto’s technology. In return, Monsanto was to receive licence fee/trait value.

Meanwhile, a dispute arose with the defendants regarding payment of licence fee/trait value in view of the price control regime introduced by the Indian state in 2015, to which the defendants required adherence by Monsanto. Monsanto ultimately terminated the agreement in November 2015 and approached the DHC for an injunction to restrain the defendants from using their registered trademark and patent. The defendants denied infringement and filed a counter claim for invalidation of the patent as being in violation of Section 3(j) of the Patents Act which excludes plants and seeds from patentability.

In March 2017, the single judge of the DHC held that the issues arising in the suit necessarily required formal proof, particularly expert opinion, which in complicated matters involving patents is crucial for ascertaining the breadth of the monopoly granted by the patent claims. Further, the court held that until the suit was decided, the parties would remain bound by their respective obligations under the sub-­licence agreement and that the licence fee/trait value payable by the defendant would be governed by the laws in force.

Aggrieved, both the parties preferred appeals. The two-judge appellate bench of the DHC upheld the single judge’s directions to Monsanto for restoring their obligations under the sub-­licence agreement and to agree to payment of licence fee/trait value by the defendants in accordance with law. Surprisingly, the DB also revoked Monsanto’s patent suggesting that it take recourse to the Protection of Plant Varieties and Farmers’ Rights Act, 2001 (PPVFRA). Apparently, the DB noted that there was a “consent” between the parties to give a finding on the question of Monsanto’s patent while disposing of the appeal.

While the Supreme Court heard each party in detail over a number of days with regard to the facts and technical processes involved in the patent, as well as the various laws that impact the dispute, it refrained from expressing any opinion on any of those issues. It noted that given the complexity of the suit and the absence of any expert evidence, the appellate bench of the DHC was wrong to have disposed it of in a summary manner. The court also stated that complicated issues such as whether the nucleic acid sequence trait once inserted could be removed from that variety or not and whether the patented DNA sequence was a plant or a part of a plant etc., are all matters which were required to be considered at the final hearing of the suit, i.e., after trial.

But amidst the scrutiny of the order for what it does not say, we must not ignore what it does appear to say.

This judgment provides guidance for adjudication of patent litigation matters in India. It states that since a counter claim had already been filed before the single judge, the DB should have restricted its adjudication only to the question of whether the grant of injunction was justified or not. It further states that DB should not have usurped the jurisdiction of the single judge to decide patentability of the claims, especially in a summary manner. Thus, the judgment emphasises that courts should appreciate that patent matters involve complex and mixed questions of fact and law. It also establishes that summary adjudication of any technically complex suit without formal proof, particularly by way of expert opinion is neither desirable, nor permissible under the law.

While this judgment may have brought the parties back to square one, Indian IP jurisprudence seems to have been the winner here. It is evident that the trial court is now posed with a huge responsibility of tackling several complicated issues of Indian laws and science involved in the patent. It will also be interesting to see how things develop, considering that the patent in question is set to expire later this year.