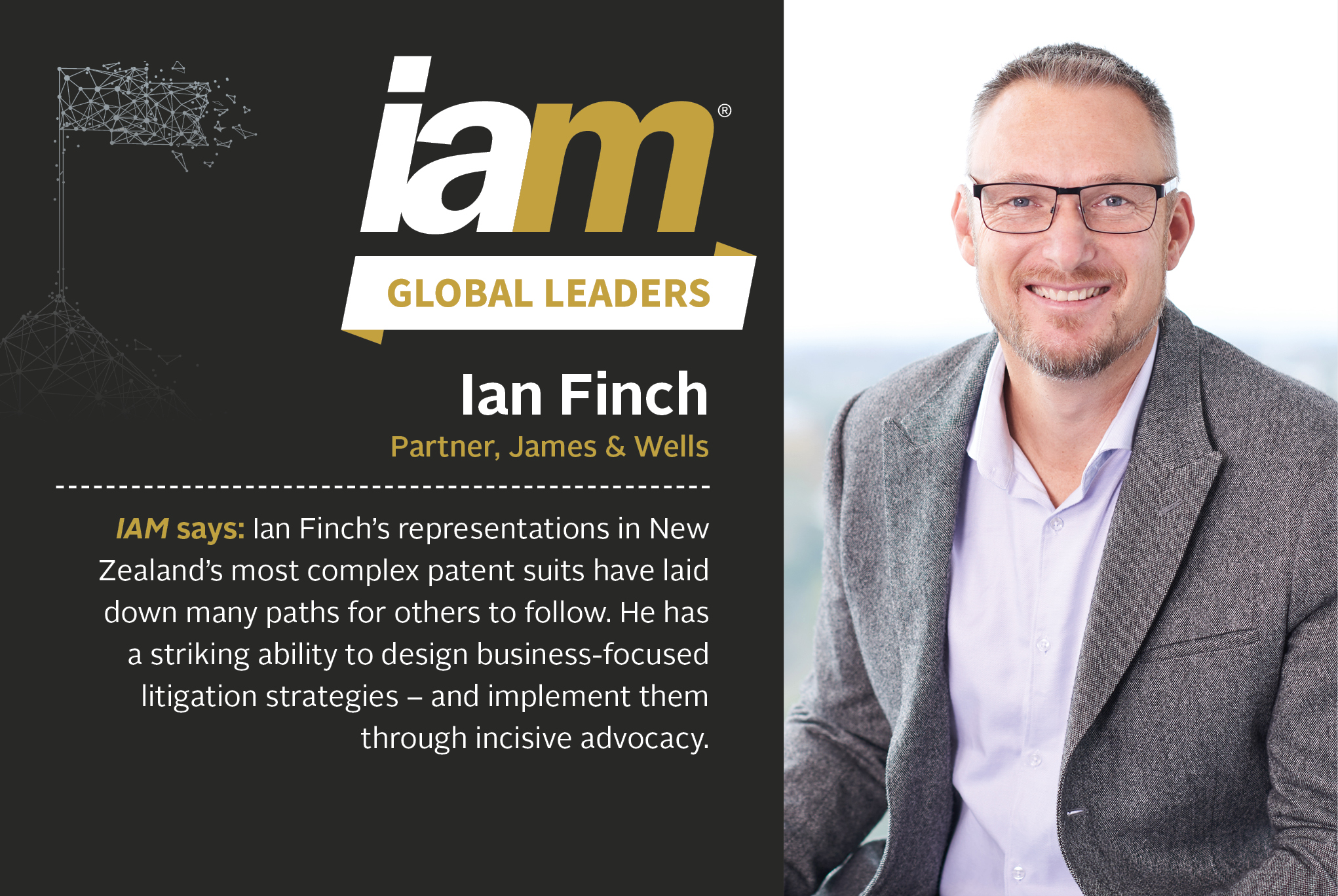 You have been recognised as an IP leader by multiple publications. What has been the key to your success?

I think that my success comes from the interplay of a number of factors: results; a genuine passion for IP law; a willingness to advance arguments which, although sometimes unconventional, have a sound foundation in the law; a desire to see my clients prosper and to be an integral part of that; and keeping a sense of perspective (and sense of humour). Downtime with my family is very important to me and helps me to stay focused when I need to spend long periods in the office.

It would have to be the collegiality, both within my firm and within the broader IP profession in Australia and New Zealand. By international standards there are a small number of patent attorneys in New Zealand and Australia. For many decades the patent attorney profession has successfully walked a fine line between effective client representation and maintaining sound inter-firm relationships. I am proud to have played a role in this through my time as president of the New Zealand Institute of Patent Attorneys and currently as a board member of the Trans-Tasman IP Attorneys Board.

You previously represented G-Star Raw in a landmark copyright case in New Zealand. What long-term implications has this judgment had for rights holders in the country?

The dual protection offered to industrial designs in New Zealand (via registered designs and copyright) is unique and catches out many overseas companies. The G-Star Raw case raised awareness that practices that might be legally permissible overseas could fall foul of copyright laws in New Zealand. The case also serves as a salutary lesson that sometimes it is better to plead guilty and pay a small amount of damages early on than to maintain your innocence and pay a much larger sum of costs and exemplary damages later.

What are the key factors that companies should bear in mind when pursuing pre-grant patent opposition proceedings in Australia and New Zealand?

I think that the single most important consideration should be whether to oppose at all. While permitting a patent to proceed to grant may expose a potential infringer or opponent to an action for breach of the patent, opposition often forewarns a patent applicant as to what the problems are with its patent and gives it the chance to correct these before grant. Exposing the weaknesses of a patent post-grant can be a far more effective (and permanent) tool for eliminating it as a commercial impediment.

Parties also need to understand that the battleground in oppositions is shifting from more traditional novelty or inventive step attacks to procedural grounds such as sufficiency, support and utility. The more rigorous standards imposed under the Raising the Bar Amendments to the Patents Act in Australia and the Patents Act 2013 in New Zealand will provide fertile grounds to attack patents that have been drafted under practices adopted by attorneys who are used to working under the old legislation.

What emerging trends do you expect to see shaping the global patent litigation landscape in the next few years?

As with patents oppositions, I can see sufficiency, support and utility playing a much greater role in patent litigation in New Zealand and Australia going forward. Many of the provisions in the Patents Act 2013 have yet to be considered or applied by the IP office and New Zealand courts. I am genuinely looking forward to any opportunities to shape that. I am also interested in how AI is going to reshape the way that patents are drafted and litigated in New Zealand and internationally. Any assistance with discovery would be greatly appreciated, but I think that AI has more far-reaching consequences and may one day render the role of the advocate redundant.

Ian Finch is recognised as one of New Zealand’s most influential leaders in intellectual property and is a formidable force in the courtroom. He co-leads the James & Wells litigation team and acts for many local and multinational companies, helping them to obtain and enforce their IP rights in Australia and New Zealand. Mr Finch has extensive litigation experience across a range of industries, particularly in construction, manufacturing, electrical engineering and medical devices.