How to win post-issuance reviews at the PTAB 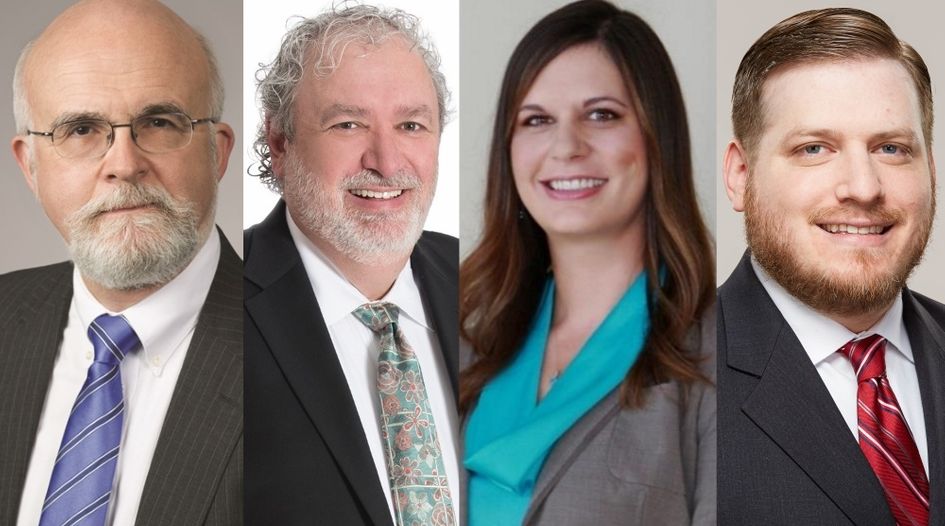 In IAM’s latest roundtable, we asked Finnegan’s Joshua Goldberg, Ken Adamo from the Law Office of Kenneth R Adamo, Brent Babcock from Womble Bond Dickinson and Skiermont Derby’s Sarah Spires for their key advice to petitioners considering bringing an inter partes review, as well as their best advice to patent owners that have seen their intellectual property challenged.

Brent Babcock: For both petitioners and patent owners, my number one piece of advice can be summarised in one word: focus. Lawyers are taught to spot issues in every scenario that they encounter – indeed, in law school, students are rewarded for spotting as many issues as possible. But in real-world practice, lawyers often have difficulty selecting which issues to pursue and which to jettison. Compounding this difficulty is their typically risk-averse nature, making them reluctant to discard any argument for fear that taking anything off the table could someday be seen by someone as a mistake. Accordingly, lawyers tend to take a shotgun approach to their arguments before the PTAB, whereas the board almost always prefers a more precise rifle-shot approach. Lawyers and their clients, in careful consultation with each other, need to objectively evaluate the strengths and weaknesses of every argument. A weak alternative argument will often be probed by the board and a feeble defence by counsel can lead to a serious loss of credibility, jeopardising the stronger principal argument. The board does not like a so-called ‘spaghetti on the wall’ approach, with counsel presenting myriad interwoven arguments, effectively asking administrative patent judges: “Which argument do you like the best?” The board’s response is generally something like: “It’s your case, you know the arguments better than we do, so you tell us your best argument, and we’ll tell you if we agree.”  In that same vein, the board has counselled practitioners to pick their one or two best arguments and go with those. If your best argument does not win, then your weaker arguments would not have won either.

Sarah Spires: My best tip to a petitioner is to spend the time to get the petition right. I see so many petitions that seem like they were rushed, but in light of General Plastic, you likely only get one chance to bring your petition, so you need to put in the effort before your filing deadline. Also, do not ignore motivation to combine. More often than not, it seems like petitioners spend all their time finding prior art that discloses every claim element but leave motivation to combine as an afterthought. But that afterthought is frequently the cause of institution denials. For patent owners, my best advice is to keep up with and review cases in which institution was denied, and then sit with the petition a while, in view of these cases. The more you review the petition, the more errors and omissions will likely pop out at you. Also, hold the petitioner to its burden of proving motivation to combine. Many petitioners make assumptions with respect to motivation to combine that lack support if tested. Finally, do not ignore the importance of expert depositions. Sometimes the petitioner’s expert will give you much-needed fodder for your oppositions.

Joshua Goldberg: For a petitioner considering bringing an inter partes review, try to move quickly but do not lose sight of the details. With institution rates trending downward towards 50%, it is important to remove as many potential reasons for denial as possible. Moving quickly makes a discretionary denial for being the second or third filer less likely but winning at institution is not enough. Petitioners need to pre-emptively address every potential substantive weakness that they can in their petitions if they want to maximise their overall chances of success at both institution and final written decision.

For a patent owner that has seen its intellectual property challenged, keep the ultimate goal in mind and consider the options. If only a handful of claims matter and there are good arguments for those, consider disclaiming the others to avoid institution. Or leave the good arguments out of the preliminary response to increase the chances of institution and an ultimate win at final written decision that will trigger estoppel. If the case is instituted, consider whether and how to amend. Reissue may yield more options.

Ken Adamo: Petitioners must present a case that is technologically correct, properly supported with expert and documentary evidence, and easy to follow and understand. Over the years, we have seen cases that presented a strong challenge ultimately fail because the explanation was either too complicated or, more often, too conclusory. At bottom, petitioners must remember that the petition is their case in chief; they should not expect to have the opportunity to supplement the record with new issues and/or more evidence that is needed to establish a prima facie case later in the proceeding.

Patent owners should evaluate the challenge and prepare a solid strategy for what arguments to make in the preliminary phase and what arguments to repeat or save for the trial phase.  Sometimes a case is best fought on procedural grounds, rather than the substantive merits. But, where the merits are in focus, patent owners should present a tight case making the strongest arguments that span the greatest number of claims. Put another way, patent owners are unlikely to benefit from making a large number of arguments; they are likely better served by presenting only arguments that are well focused and fully developed with supporting evidence and legal argument.