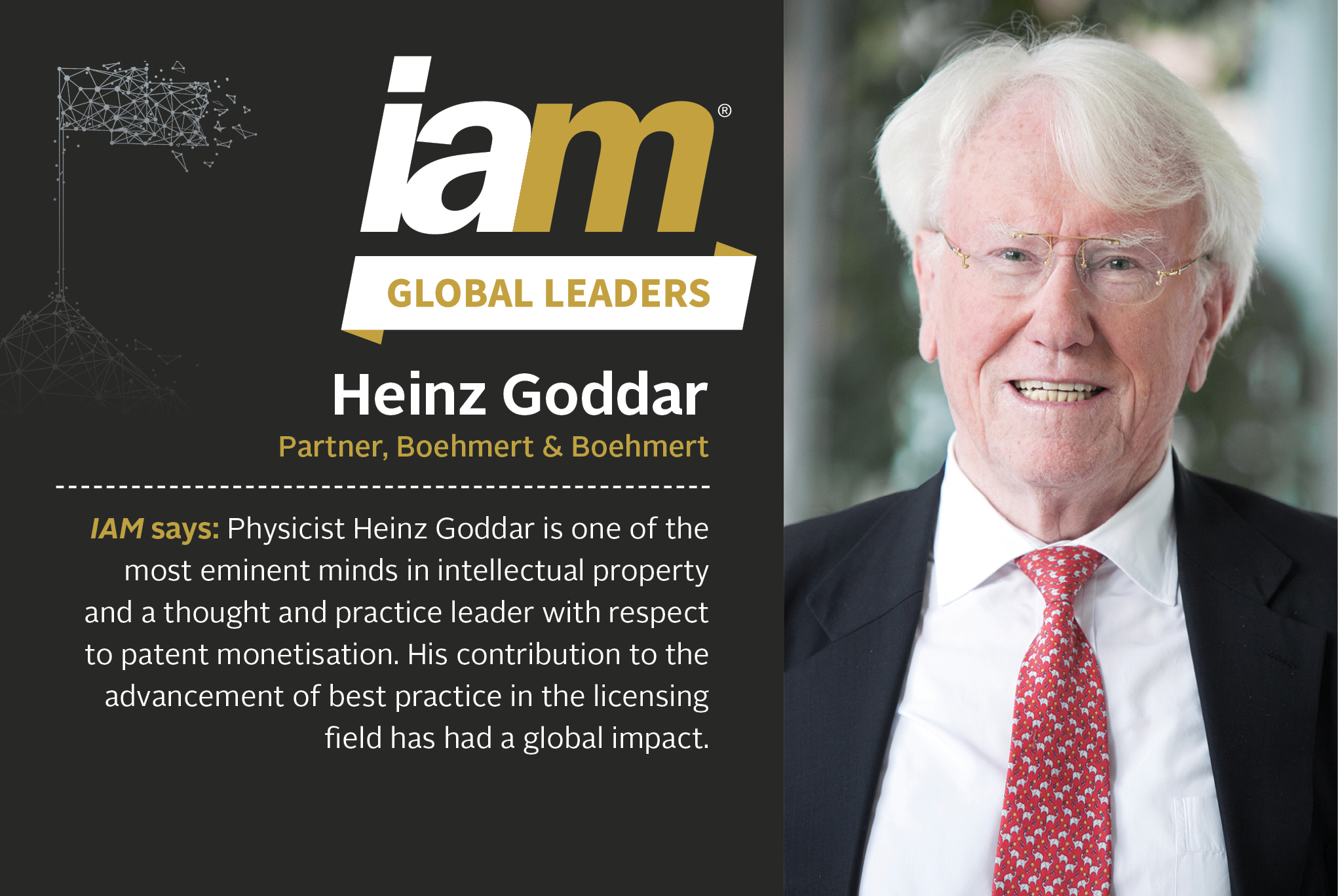 What advice would you offer anyone considering a career in patent law?

My personal advice for a scientist or someone with a technical background wishing to become a patent attorney is to work on their language skills. On the other hand, if the candidate already has a legal background but no technical expertise, I would strongly recommend that they focus on developing a technical understanding up to the level of a bachelor’s degree.

How is the EPO’s Standing Advisory Committee working to ensure that quality standards are maintained?

The committee is doing this through ongoing dialogue with EPO leadership to ensure the quality of both the professional skills of European patent representatives and examination and opposition processes.

What effect is the evolving knowledge-sharing economy having – or likely to have – on the German IP transactional scene?

From my perspective, and in view of the fact that SMEs are the backbone of German industry and its economy, I think there will be increasing cooperation between SMEs and research institutions such as universities or outsourced R&D centres – with innovation subsequently being used by industry partners.

One interesting consequence might be that portfolio licensors diligently check their self-declared SEPs to ensure that they are truly essential, since according to the decision no royalty payments are due for non-essential patents in a portfolio. Also, in order to enable the development of local markets, if portfolio licences cover different regions, local licensing conditions might have to be considered as FRAND.

The question is what is the ‘foreseeable future’? Since the United Kingdom is in the process of taking back its ratification, I personally believe that Germany cannot ratify the UPC package in its present form. In order to proceed, a country (as well as a location for some part of the UPC) will need to be found to replace the United Kingdom. My personal guess is that we will get a UPC (as well as a unitary patent) without the United Kingdom, but not within the next few years, rather in about five years or so.

Heinz Goddar is a partner at Boehmert & Boehmert’s Munich office and a German patent attorney and European patent and trademark attorney. He teaches IP law as an honorary professor and lecturer at several universities in Germany and elsewhere. He is past-president and gold medallist of the Licensing Executives Society (LES) International, past-president of LES Germany and a member of IAM’s IP Hall of Fame and the Standing Advisory Committee before the EPO.