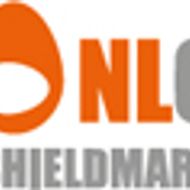 In recent proceedings Koninklijke Eru Kaasfabriek lost an opposition which it had filed against Goedcupje BV's application to register a trademark for the logo GOEDCUPJE.

The application to register the GOEDCUPJE mark was directed at coffee, tea and confectionery items, among other things. Based on its trademark registrations for GOUDKUIPJE, Eru opposed the application on the grounds that the characters were too similar and could confuse consumers.

In opposition proceedings the Benelux Office for Intellectual Property (BOIP) must decide whether there is a risk of confusion. This assessment consists of two elements:

But which products were being compared in this case? Goedcupje claimed that in practice, the GOUDKUIPJE trademarks were only used for cheese spread. These products were then compared to the products for which the GOEDCUPJE mark would be used. According to Goedcupje, these products were not the same. The fact that both trademarks related to food was not enough because the foods in question were very different. The BOIP agreed for various reasons, including that:

As the products were not similar, there was no danger of confusion. Therefore, the BOIP rejected the opposition against Goedcupje and granted its application to register the GOEDCUPJE mark.