Germany is the world’s most plaintiff-friendly patent jurisdiction, according to the results of a survey of senior in-house and private practice IP professionals carried out by IAM. Close to 50% chose it as the jurisdiction in which they would most like to litigate as or on behalf of a plaintiff, beating the United States into second place by a 20-point margin.

On the defence side of the equation, however, the US was named as the best jurisdiction by one-third of respondents, with Germany, the UK and China bunched together in the following pack.

The full results of the survey are published in a special report, entitled A New Dance, which looks at global trends in patent litigation. It is now available to IAM subscribers in PDF and HTML format.

In addition to asking a general set of questions about the patent disputes state of play, the survey took an in-depth look at seven specific jurisdictions: Brazil, China, Germany, India, Japan, the UK and the US. Respondents were asked to identify what makes each country an attractive place in which to litigate and what are its downsides, as well as about how much litigation they believe will take place in each over the coming years.

The availability of injunctive relief was identified as Germany’s number one attraction for plaintiffs, followed by the experience of the country’s judges and speed to trial. By contrast, cost was seen as the biggest drawback to bringing a case in the US, followed by the inability to obtain injunctions and the threat of post-issuance challenges to patent validity. High damages, the quality of outside counsel and the thoroughness of the litigation process were the US’s main calling cards.

When asked to provide an overall assessment of the global balance of play between plaintiffs and defendants in patent cases, respondents gave the latter a very slight edge. They also expected to see more patent litigation taking place, with China leading the way: over 80% stated they anticipate more disputes happening there during the next 12 months. More suits were also forecast by a majority of respondents for Brazil, India and the US, while the prognosis for Germany was either a similar amount as now or more.

Respondents were less confident about prospects for the UK and Japan, however. With regards to the former, just over 70% expected the same amount of litigation or less, with only 18.75% forecasting more; while for the latter, not a single respondent believed there would be more suits, while one-third anticipated less.

During February and March this year, IAM surveyed the patent community on a range of questions designed to gauge opinion on the current state of global patent litigation, as well as the advantages and disadvantages of litigating in the world’s major markets and jurisdictions of emerging interest. We received 169 responses.

Of these, approximately 57% came from private practitioners and 31% from in-house professionals. Another 12% selected ‘other’. The majority of those surveyed were based in Europe and North America based, accounting for about 40% and 33% of respondents, respectively. Just over 17% came from the Asia-Pacific region, with another 9.5% from Latin America. 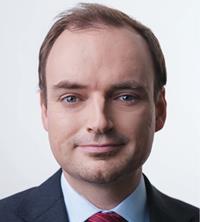