First half US patent litigation down dramatically with new suits falling by almost 1,000

New patent lawsuit in the US were down by close to 1,000 filings in the first half of 2016 compared with the first six months of 2015, providing a further indication that the marked drop off in cases since December may be part of a longer-term trend.

According to Lex Machina’s running total, there were 2,238 cases brought in the first six months of this year compared with 3,232 in 2015 and 2,923 in 2014. That makes it the lowest first half total since 2011, the year that the America Invents Act was signed into law and its new joinder rules led to a spike in filings. Lex Machina has not officially announced their numbers for the first six months of 2016, but Lex Machina’s database keeps a running total and it’s safe to assume that the final total to the end of June will be close to 2,238. Unified Patents released its analysis earlier today which put the number of new cases at 2,187.

Compared with the first three months of this year when 958 new lawsuits were filed - by far the lowest quarterly total in five years – new case filings were up by just over 300 in the second quarter to 1,280. To what extent, therefore, the total for the first half represents a blip with the trend lines starting to go back up in Q2, will be one of the things to watch in the next three months.

While litigation fell dramatically in the first half, the defensive patent aggregator RPX highlighted what it said was a marked increase in NPE activity in the second quarter. According to its numbers, NPE litigation increased by about 57% from the first quarter which, it pointed out, continued the trend of high volatility quarter-to-quarter. Like Unified Patents, RPX is designed to provide its members with some level of protection from NPEs so not surprisingly it is keen to underline their ongoing threat.

There’s no doubt that the drop off in new cases in the first three months of 2016 was a hangover from the massive spike in new cases that were filed in November last year, before new disclosure rules came into effect in December. The increase in cases quarter-to-quarter in Q2 suggests that plaintiffs have taken those changes on board.

What we don’t know without further number crunching, though, is to what extent litigation activity in the first half was driven by a relatively small number of plaintiffs. Lex Machina’s analysis has shown in the past that while the number of new lawsuits may have risen in a particular quarter, the number of individual plaintiffs has remained fairly constant. RPX’s report suggests, anecdotally at least, that that might still be the case with a relatively small number of serial filers bringing multiple lawsuits. In its analysis, the defensive aggregator refers to a number of new NPEs that have brought a large number of new suits including one, Pico Byte Systems, which filed 20 cases last week.

As previous quarterly variations have shown, the number of new cases can be significantly affected by new case law or, as was the case last November, changes in litigation rules. To what extent the Supreme Court’s recent decisions in Halo and Stryker and Cuozzo v Lee impact the number of new lawsuits will be worth keeping an eye on in the second half of this year. Cuozzo left the existing IPR regime in place ensuring that patent owners still typically face a serious validity threat whenever they litigate. The Halo and Stryker cases (which were heard together) were generally seen to have come down in favour of patent owners given that they handed more discretion to district courts in determining when enhanced damages should be awarded against an infringer. There’s a chance that patent owners were waiting to file lawsuits until after they saw which way SCOTUS was going to go on Cuozzo, while Halo and Stryker might encourage more plaintiffs to turn to the courts in the hope of a big pay day.

With the US elections effectively putting the patent reform debate on hold until next year, these latest litigation numbers will not make a big impact on Capitol Hill. However if the number of new lawsuits in 2016 remains depressed year-on-year then that will definitely influence the narrative when new legislation presumably comes back on the table in early 2017. Both sides of the debate will therefore be keeping a close eye on how the rest of this year pans out. 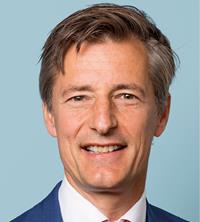