Ericsson announced yesterday that it is to launch an independently operated platform for licensing patents relating to Internet of Things (IoT) technology. The Swedish company’s CIPO Kasim Alfalahi will leave his current role to run the new entity.

In a press release, Ericsson stated that it will make its patents for relevant technologies available for licensing through the platform – which will be run by an independent company – to “device manufacturers, spanning from autonomous cars to irrigation sensors”. Other IP owners will be able to participate in the marketplace, which will “adopt a revenue sharing model for contributing companies and receive a mandate to license on behalf of the joining patent holders”.

For prospective licensees, it is intended that the platform will offer “flat per unit licensing fees for the various [business] verticals that reflect how much of the connectivity technology a device uses”.

Alfalahi will take the reins at the new venture, bringing to a close an 11-year stint as CIPO at Ericsson. The Swedish company made SEK2 billion (just over US$290 million at the time) in annual revenue from monetising its patents back in 2006; that is estimated to have increased to as much as SEK14 billion (over US$1.6 billion) following the signing of a global settlement and licence deal with Apple at the end of last year.

That stupendous sevenfold growth is thanks in no small part to the leadership of Alfalahi, who became the company’s first IP supremo to report directly to the CEO in a 2012 promotion that brought added weight to his CIPO title and signalled the company’s ambitions with regards to maximising the value of its patent portfolio.

Furthermore, Alfalahi was a pivotal figure in the 2011 Nortel patent auction, when the Rockstar BidCo consortium – comprising Ericsson along with Apple, BlackBerry, EMC, Microsoft and Sony – acquired the bankrupt Canadian company’s portfolio for $4.5 billion in one of the most high-profile IP-driven transactions of all time. More recently, he oversaw some of the Swedish company’s key revenue-generating licence deals – including those with Cisco, Huawei, Samsung and the Apple agreement mentioned above – as well as its royalty-sharing partnership with NPE Unwired Planet. Alfalahi has also spearheaded an increasingly international strategy of late that has seen Ericsson enforce its rights in major emerging markets such as Brazil and India with significant success.

What makes these achievements all the more noteworthy is that Alfalahi isn’t a lawyer by training; in-house heads of IP without a legal background were something of a rarity when he first became Ericsson CIPO back in 2005.

It is for these reasons that Alfalahi has featured among the top five individuals ranked in IAM’s annual ‘Market Makers’ since we began listing them in 2014; while he has also appeared, both in 2011 and 2015, among our top 10 IP personalities of the year.

Replacing such a heavyweight will be no simple task. If Ericsson chooses to go down the route of an internal appointment, it does possess an IP function of extraordinary strength and depth with plenty of experience to draw upon – another of Alfalahi’s legacies. The elevation of someone from within the IP team that Alfalahi helped to build may be the best way to maintain the culture that he instilled at the company.

On the other hand, there may be a strong case to be made for an external hire. If, like Alfalahi, the new head of IP will be required to report directly to the CEO – which would seem likely given the substantial revenues involved – then the individual concerned would need to be able to hit the ground running and be immediately comfortable with the prominence of the role. That is a lot of responsibility for anyone to take on, and Ericsson may decide that someone with proven experience at the C-suite level elsewhere would be the preferable option over an internal promotion. Either way, whoever does step into Alfalahi’s shoes is going to be very much in the spotlight from day one. 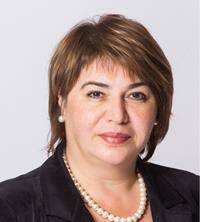