Qualcomm may have suffered ITC defeat, but all is not lost in its battle with Apple

The multi-jurisdictional patent dispute between Apple and Qualcomm took a key turn late last month at the ITC when Administrative Law Judge Pender recommended that the iPhone giant should not be hit with an exclusion order, despite a finding that it had infringed a Qualcomm patent. The decision was largely seen as a defeat for the chip giant but, argue Mintz’s Michael Renaud, James Wodarski and Robert Moore, there are reasons to believe that all is not lost for San Diego's finest

From Qualcomm’s perspective, the Final Initial Determination (FID) issued on September 28, 2018 in its US International Trade Commission (ITC) investigation against Apple, Certain Mobile Electronic Devices and Radio Frequency and Process Components Thereof, 337-TA-1065, certainly could have turned out worse. In absolute terms, Qualcomm lost. The FID recommends that the Commission not issue an exclusion order. Qualcomm did, however, successfully make it through all but one of the many hurdles it needed to overcome to prevail at the ITC. While in the moment that may be cold comfort, that accomplishment may still have some long-term benefit given that the ITC investigation is just one facet of the worldwide dispute between the parties and given that the Commission still must review the FID.

The FID’s determination that no exclusion order is required is based solely on ALJ Pender’s finding that an exclusion order would not further the public interest. To the extent the ALJ’s determination is based on “competitive conditions” as a statutory public interest factor, it would be a departure from ITC precedent. The FID, therefore, appears to present potential upside and constrained downside for Qualcomm. The FID also serves as an interesting juxtaposition with another recent US executive branch action that involved Qualcomm’s market power in the baseband processor and 5G space: the Trump Administration’s veto of Broadcom’s attempted takeover of Qualcomm.

Famously, for several years, Apple and its erstwhile component supplier Qualcomm have litigated worldwide, primarily over issues related to Qualcomm’s patent licensing and component supply practices.  At the core of the dispute are three claims from Apple

These issues are now before tribunals in several countries, both through direct litigation between the parties and in the course of regulatory enforcement prompted by Apple complaints. Among the actions is a complaint by the US Federal Trade Commission (FTC) brought against Qualcomm in the Northern District of California in January 2017, wherein the FTC alleges that Qualcomm’s practices with regard to Apple and others amount to unfair competition.

Qualcomm brought an ITC complaint against Apple on July 7, 2017, asserting six patents, none of which were declared essential, and seeking exclusion of Apple phones that used Intel baseband processors. Qualcomm declined to pursue exclusion of Apple phones that used Qualcomm chipsets, even though those devices were unlicensed and presumably equally susceptible to Qualcomm’s infringement allegations, presumably to mitigate the argument that the exclusion of all iPhones would run counter to the public interest. Apple noted Qualcomm’s approach in the responsive public interest statement:

Apple argued that an exclusion order would not be in the public interest, but Apple declined to raise breach of antitrust law as an affirmative defense.

At the hearing, which began in June 2018, Apple argued forcefully that Qualcomm’s requested relief – exclusion only of iPhones sourced by Intel – would drive the last remaining Qualcomm competitor in the US baseband market and thereby harm competitive conditions in the US. As ALJ Pender observed, Apple’s argument implicated some of the same facts and inferences at issue in the FTC antitrust action against Qualcomm, although “[a]ntitrust hasn’t been pled as a public interest factor” or as an affirmative defense by Apple.

Under the public Notice of FID, ALJ Pender found that Apple infringed a valid Qualcomm patent and that Qualcomm met the statutory domestic industry requirements. Nevertheless, he recommended that no exclusion order issue, on the grounds that “the statutory public interest factors weigh against” such a remedy. 35 U.S.C. § 1337(d)(1) enumerates those factors, requiring the FTC to consider the impact of exclusion on “the public health and welfare, competitive conditions in the United States economy, the production of like or directly competitive articles in the United States, and United States consumers[.]”

While the FID, along with ALJ Pender’s precise reasoning, is not yet public, one can logically infer from Apple’s positions in its public interest statement, throughout the investigation, and at the hearing that the FID’s ultimate recommendation rests largely, if not entirely, on findings related to “competitive conditions” as a public interest factor.

The FID could prove helpful to Qualcomm in other pending matters with Apple.  For instance, ALJ Pender found that Apple infringed a valid Qualcomm patent, U.S. No. 9,535,490.  Qualcomm asserted this patent against Apple in an action brought in the Southern District of California the same day as the complaint in the 1065 Investigation.  Should the investigation terminate without an exclusion order, ALJ Pender’s reasoning could prove persuasive in the district court action, particularly if the Commission endorses ALJ Pender’s factual determinations.

The separate burdens of antitrust law and the ITC public interest analysis suggest that ALJ Pender’s findings on the latter will be of limited persuasive value to other tribunals examining the former.  Further, the findings of fact undergirding ALJ Pender’s public interest findings are based on the record at bar; absent a cross-use agreement, subpoena, or other mechanism to import the record to another case, this record will not be before any other tribunal.

The parties’ respective petitions for review, if any, are due today, with responses due eight days afterward, October 16, 2018.  By November 27, 2018, the Commission will decide whether and on what grounds to review, as well as whether to invite additional briefing.  The Commission’s final decision is due January 28, 2019.

The impact of exclusion on competitive conditions has never served as the Commission’s basis for denying an exclusion order.  To date, the Commission has invoked the public interest as a basis not to issue an exclusion order or a cease and desist order in only a handful of investigations. See, e.g., Certain Automatic Crankpin Grinders, Inv. No. 337-TA-60, USITC Pub. 1022, Comm’n Op., at 20-21 (Dec. 1979).  With these exceptional investigations, “the exclusion order was denied because inadequate supply within the United States—by both the patentee and domestic licensees—meant that an exclusion order would deprive the public of products necessary for some important health or welfare need: energy efficient automobiles, basic scientific research, or hospital equipment.” Spansion, Inc. v. Int’l Trade Comm’n, 629 F.3d 1331, 1360 (Fed. Cir. 2010).

The Commission must carefully consider whether it wants to adopt the FID’s public interest findings and invigorate the presently-dormant competitive conditions public interest element.  Such a path could lead the Commission closer and closer to antitrust law, which is the entrenched purview of other federal agencies. Affirmation could also close the ITC’s doors to Qualcomm and others in a public and negative way.

Finally, as one considers whether and to what extent the Commission will affirm the FID, it bears mention that, six months earlier, the US government took steps to protect Qualcomm’s market position. On March 12, 2018, President Trump vetoed, on national security grounds, foreign firm Broadcom’s proposed acquisition of domestic firm Qualcomm. The proposed sale would have resulted in a change in Qualcomm’s business model and decreased investment in research and development. The week prior to that order, the Treasury Department expressed concern that such a sale would erode “Qualcomm’s long-term technological competitiveness and influence in standard-setting” – a concern grave enough to threaten national security. In other words, in the recent past, President Trump considered Qualcomm’s continued dominance of the baseband processor market not merely unobjectionable but important enough to the national interest to merit his intervention into a transaction between private actors. Should the Commission share this viewpoint, a reversal of the FID’s likely public interest findings would be probable.

Strong predictions on the outcome or impact of the FID are difficult to draw without a public version, yet, the FID may prove more of a blessing than a curse to Qualcomm. Depending on ALJ Pender’s not-yet-public reasoning, affirmation of the FID could end Qualcomm’s ability to use the forum, at least until it has multiple material US competitors. That said, the findings in the FID that appear the most likely to influence the broader conflict between the two parties – infringement and validity - went Qualcomm’s way.  The public interest findings, though probably involving some facts common to antitrust actions pending against Qualcomm, rest on different legal standards and a different record than any of those actions.  Accordingly, a reversal of the public interest findings would not be surprising, especially where the Commission may not want to affirm a substantial departure from its existing public interest precedent and guidance.  Apple has won this battle for now, but, taking the long view, Qualcomm would be justified in thinking that much of what happened at the ITC may help it win the war. 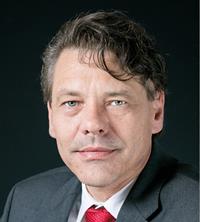