Deal with BMW is the first of many with auto-makers, says Avanci boss

The news was announced late last week with the press release from Avanci revealing that while the deal has been agreed with BMW, it will to a large extent be handled through the German carmaker’s supplier for telematics units. The release did not name that supplier although according to a 2012 article in Telematics News the Germany company Peiker Acustic is the supplier of LTE internet hotspot technology to BMW.

The agreement with BMW comes almost 15 months after Avanci officially launched to license 2G, 3G and 4G wireless technology in a number of IoT verticals including auto, connected homes and smart meters. Qualcomm, InterDigital, Ericsson, ZTE and KPN were first to sign up as licensors and have since been joined by the likes of Sharp, Panasonic and Vodafone.

Attempts to pool wireless patents have largely failed in the past because most of the big players such as Qualcomm and Ericsson have refused to sign up. That does give Avanci an edge and Alfalahi claimed that the platform has around 50% of all 2G, 3G and 4G standard essential patents. What it had been lacking, until BMW signed up, was a licensee.

Alfalahi, who was speaking to the IAM blog shortly after the deal was announced, admitted that putting the first agreement in place was particularly significant. He then added: “I think BMW decided to do the right thing to put this agreement in place knowing that they get 11 companies’ patent portfolios with just one signature.”

It’s not clear yet just how much BMW is paying as Avanci has so far declined to make its royalty rates public. Alfalahi insisted that they remained committed to publishing thesde and that they would do so soon. “We wanted this announcement to be focused on the actual deal with BMW, we didn’t want the focus to be on pricing or anything like that but we are committed to publishing the price,” he said.

Despite Avanci’s collection of patents and the licensing expertise of Alfalahi and his team, they have been faced with an auto industry that is unaccustomed to the licensing practices of the mobile world and other tech sectors. Traditionally a complex web of cross-licensing agreements has covered the automakers and their universe of suppliers meaning that patent infringement disputes have been very rare.

As more technology, including wireless, has been incorporated into new vehicles and new players such as Waymo have emerged as significant players in autonomous vehicle development, so speculation has mounted that the car giants might be pitched into the kind of patent litigation battles that dominated the smartphone industry for a number of years. Avanci and other licensing platforms should theoretically help avert those kinds of disputes, but it was always going to be a challenge to convince car makers to start taking licences at a price that works for both patent owners and prospective licensees to technology that is still relatively rare in most cars on the road.

The BMW deal suggests that Alfalahi and co have been making significant headway, but the question now is whether more carmakers will follow. The Avanci head was in no doubt on that one. “My prediction is that all the automakers will take a licence from Avanci and that more and more patent holders will be added to our licence,” Alfalahi insisted. 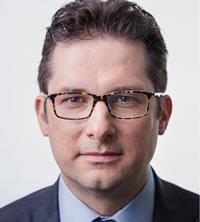