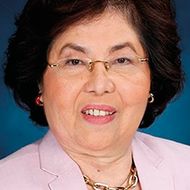 "When in doubt, don’t," said Benjamin Franklin. This seems to be the approach adopted by the Court of Appeals when it applied the precautionary principle by issuing a permanent injunction (a 'writ of Kalikasan') against the conduct of field trials for genetically engineered aubergines in September 2013. The decision has alarmed the joint foreign chambers of commerce, universities and scientists in the Philippines. The Philippines is no stranger to genetically modified (GM) crops: bacillus thuringiensis (bt) corn has been planted and harvested for over a decade, and so far no negative effects have been documented. Will this latest decision set a trend and have a negative impact on ongoing and future research into other important crops by Filipino scientists?

The dispute arose from a memorandum of understanding between the University of the Philippines Los Banos Foundation Inc, Mindanao Foundation and the International Service for the Acquisition of Agri-Biotech Applications Southeast Asian Centre (ISAAA) to undertake research and development programmes for the development of pest-resistant crops, particularly involving multi-location field trials of bt aubergine, a genetically engineered aubergine which is resistant to fruit and shoot borer - one of several pests that attack aubergines. Nine locations situated in different parts of the country were identified for the field testing to generate information on the efficacy, yield and horticultural performance of the bt aubergine. The Bureau of Plant Industry (BPI), finding that the field test proposal complied fully with its biosafety risk assessment for field testing, issued biosafety permits for field testing with a validity period of two years, starting 2010.

Some time in 2012, Greenpeace Southeast Asia Philippines, together with other non-governmental organisations, filed an action before the Supreme Court against the Department of Environment and Natural Resources, the BPI and the entities conducting the field testing, on the grounds that the field trials violated or threatened to violate the right of Filipinos to a balanced and healthful ecology. The Supreme Court referred the case to the Court of Appeals, which heard the case in November 2012 using the Australian 'hot-tub' method, in which the expert witnesses on both sides were sworn in and presented at the same time in a free-flowing discussion and cross-examination both by each other and by the court justices. The petitioners argued that the Philippines should first establish a test or standard facility to carry out field trials of GM organisms. The respondents countered that the biosafety regulatory requirements of the law were sufficient safeguards to ensure that the field trials would not pose a significant threat to the environment or to the health of the people, and had been complied with in the bt aubergine field trials.

According to the Court of Appeals, the records of the case showed that there is no single law governing the study, introduction and use of GM organisms in the country, and what was being implemented were the biosafety regulations issued by the Department of Agriculture and Department of Science and Technology. As to whether these regulations are sufficient to guarantee the safety of the environment and the health of the people, the Court of Appeals could not make a determination and thus could not declare, with full scientific certainty, that the field trials were safe to human health and ecology.

The decision has been appealed to the Supreme Court.

Litigation, Asia-Pacific, Philippines
Back to reports