The former boss of Unwired Planet, Boris Teksler, has been appointed the new CEO of Conversant, in a move that sees the Canadian NPE's current head John Lindgren step down after more than nine years in charge.

A long-time player at the top of the global IP market, as well as one of its more thoughtful actors, Teksler was head of technology at Technicolor before moving to Unwired Planet and was director of patent licensing and strategy at Apple from 2009 to 2013.  He became CEO and president of Unwired Planet in June 2015, but left last summer after the NPE's patents were bought by PanOptis in a $40 million deal. Lindgren will remain a non-executive member of the Conversant board and will have an ongoing role in the monetisaiton of the firm's Core Wireless portfolio.

Like many NPEs, Conversant has experienced its fair share of difficulties over recent years as it has downsized its workforce and seen a series of challenges to its patents in inter partes review. Most recently, however, there have been signs that its outlook is improving. Last week the firm won a significant decision against Apple in the Northern District of California when the iPhone giant was found to have infringed on two Wireless patents and had $7.3 million in damages awarded against it. Prior to that the NPE had also scored a notable victory over LG after the Korean company was found to have willfully infringed two Core Wireless patents by a court in Eastern Texas. Conversant was awarded around $2.75 million in damages in the case.

The licensing opportunities in the Core Wireless portfolio, a stockpile of assets of around 1,700 grants and applications acquired from Nokia in 2011, were clearly part of the attraction for Teksler in taking the job. Speaking exclusively to IAM he commented: “It presents an exciting opportunity and has already got some traction this year.” But he also pointed to the strength of Conversant’s legacy business, which includes licensing its own semiconductor portfolio, as another big plus. “Aside from the Core portfolio the existing licensing business is incredibly significant and powerful because it gives us staying power,” he said.

As well as speaking about the opportunities of his new role, Teksler took time to praise his predecessor: “I have a great deal of respect for John, he has done a fantastic job here.” He went on to add: “I have known Conversant for years from the perspective of being a major licensor. They have one of the most significant licensing portfolios in the industry and I have always been impressed by how easy it is to work with them – they’re just rational, good actors.” In recent years Conversant has been one of the few NPEs to commit to licensing best practices.

Lindgren took Conveesant a long way in the time he was in chanrge at the NPE. He became CEO of Mosaid (as Conversant was then known) in April 2007 after a brief stint as its licensing head and general counsel, and after a long career at Texas Instruments before that. Having started life as a semiconductor company in the 1970s, Mosaid pivoted to focus entirely on patent licensing and Lindgren was brought on board as it looked to monetise not only its own portfolio but to also partner with other companies to help license their assets. In 2011 the private equity fund Sterling Partners took Mosaid private in a $590 million deal, with the NPE changing its name to Conversant two years later.

For Teksler his new role is another high-powered position in the licensing industry. In contrast to Unwired Planet, which was a listed business when he took over, Conversant is a private enterprise so he now has the opportunity to develop licensing campaigns away from the full glare of the public markets. That’s significant as many public IP companies (PIPCOs) have struggled in drawn out, expensive litigation campaigns against alleged infringers and have seen their market valuations collapse, leaving high damages awards hard to justify.

Clearly motivated by the chance to license another portfolio in the mobile handset sector, Teksler referred to the Core portfolio as being stronger to the one he was responsible for  licensing at Unwired Planet. Although the rigours of the public markets made his previous role particularly tough it should be noted that Unwired has started to see a number of notable court victories in the US and Europe, including a recent decision against Google in the Court of Appeals for the Federal Circuit.

Given his resumé Teksler was always going to field offers from the licensing industry after he left Unwired. Conversant does give him a strong platform and having recently acquired a number of assets from Panasonic he indicated they were open to growing their portfolio further. But even away from the public markets, Conversant’s owners are still going to want to see results in what remains a very tough climate. Last week’s victory over Apple gives Teksler an excellent base, building on it is another matter. 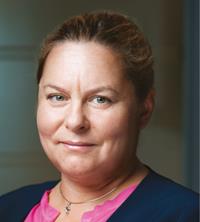